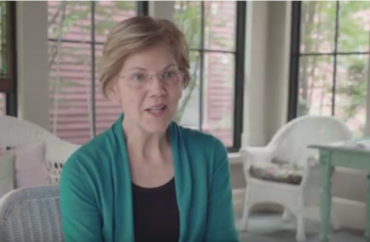 To borrow an expression from the great P.J. O’Rourke, if you think college tuition is expensive now, just wait until it’s free.

This week, presidential candidate and U.S. Sen. Elizabeth Warren proposed a new plan that not only provides free tuition to two-and-four year public colleges and universities across America, but also cancels up to $50,000 in student debt for 42 million past, present and future college students.

Clearly, the problem Warren is trying to tackle isn’t public school tuition, which most families find perfectly reasonable – the Massachusetts Democrat’s real challenge is being out-pandered by her fellow Democratic presidential candidates.

In 2016, Democratic candidate and avowed Socialist Bernie Sanders proposed his own free-tuition plan, and other candidates this year have refused to be left behind in the leftward game of leapfrog.

Warren’s own campaign put the cost of her plan at $1.25 trillion over 10 years, or about one-third of the total revenue the federal government collects in any given year. Warren claims the program will be paid for with a hefty new tax on America’s richest families, who also happen to be the same families who are most able to move assets to prevent them from being taxed.

Cost aside, Warren’s plan is far less serious than even Donald Trump’s 2016 campaign pledge to build a wall at America’s southern border and force Mexico to pay for it. Trump’s critics mocked him for proposing a wall that could cost an estimated $15 billion – yet these same people are silent on a needless college plan that would set American taxpayers back 80 times that amount. And yet in the media, Warren is consistently painted as the Democratic candidate that is cranking out serious policy proposals.

What is most puzzling is that Warren – who claims to be pushing her plan to help students on the lower rung of the income scale – is actually providing an enormous subsidy for families who already have the financial ability to pay for college. Forcing taxpayers to front college costs across the board is just as much a giveaway for the children of millionaires to attend college as it is for the truly needy. Why would we pay $1.25 trillion for rich kids to go to college when their parents are evidently willing to fork over $500,000 to scam their way into school?

Further, as anyone who follows government finance knows, the cost of Warren’s plan is almost certainly on the low end, as it assumes tuition will stay the same once taxpayers begin paying for “free” college.

What we know for sure is that once public universities know they no longer have to keep tuition low to respond to the market, tuition will skyrocket – if a large public university knows it will get all the revenue it asks for, there will be no campus expenditure that will be too extravagant. (Imagine a car dealership after the government announces everyone in America will get a $5,000 voucher to buy a new car – guess what? The price of cars all just went up by $5,000!)

Such a gambit would also bring upon the total collapse of the private university system. Right now, many of America’s top students choose to pay extra to attend private colleges; but making public colleges free, many of those students would have an incentive to take up slots at state-funded schools. That would squeeze middling students out of college altogether, as their slots would be taken up by those fleeing private colleges.

And, of course, once state schools – which now have flexibility granted to them by state legislatures and boards – become federalized, bureaucrats in Washington, D.C. will impose new rules and regulations on all schools that accept federal money. If you think schools have ridiculous rules mandating progressive policies and policing political thought now, just wait until administrative boards in the U.S. Department of Education are mandating ideological conformity. Don’t like the school you attend? Too bad – all the rest will be exactly the same.

Ultimately, college tuition is necessary in that it forces students to invest in themselves to achieve. Of course, many students who earn full scholarships do well – but they earn those scholarships because they are self-motivated and demonstrate they can achieve.

But effectively granting everyone a taxpayer-funded full scholarship is a recipe for massive dropouts and academic underachievement. Attending college isn’t a human right – at some point, students have to show they are willing to sacrifice to better themselves, and paying for their own college costs ensures they have something to lose if they don’t take their schooling seriously.

In an era when many college campuses are beginning to resemble open-air insane asylums, Elizabeth Warren and other candidates want to make sure taxpayers forced to pay for such social justice inanity. If they did a little research, Democrats may find students and parents are more concerned about the quality of the product they’re buying than merely the cost.