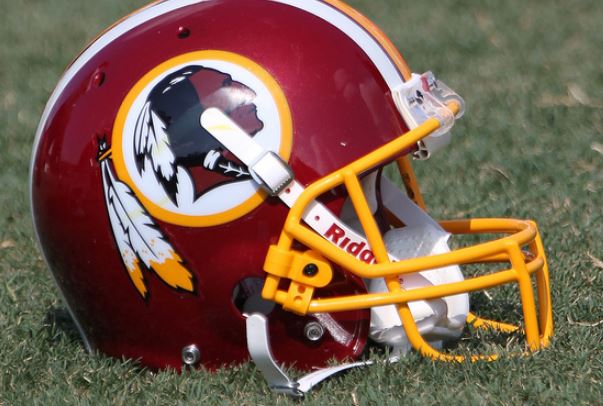 The Washington Redskins are less than two months away from kicking off the NFL season as a possible Super Bowl contender for the first time in more than a decade.

But in recent months, their on-field potential has been overshadowed by a longstanding nickname controversy. Many fans, the media and members of Congress continue to mount pressure on the storied franchise to change its name, calling “redskin” an offensive term.

The team’s owner, though, has vowed to never change the name and has maintained that it is a positive symbol of their culture.

In March, American Samoa representative Eni F. H. Faleomavaega introduced a bill that would abolish any trademarks that feature the term “redskin.” In May, Faleomavaega and nine other Congress members appealed in a letter to Redskins owner, Dan Snyder, to change the name on the grounds that it was derogatory, offensive and damaging to Native American youths.

“Native Americans throughout the country consider the ‘R-word’ a racial, derogatory slur akin to the ‘N-word’ among African Americans or the ‘W-word’ among Latinos,” the letter stated. “Such offensive epithets would no doubt draw widespread disapproval among the NFL’s fan base. Yet the national coverage of Washington’s NFL football team profits from a term that is equally disparaging to Native Americans.”

Similar letters were also sent to NFL commissioner Roger Goodell and the president and CEO of Fed Ex, the team’s sponsor. Goodell responded with a letter of his own.

“The Washington Redskins name has thus from its origin represented a positive meaning distinct from any disparagement that could be viewed in some other context,”Goodell wrote. “For the team’s millions of fans and customers, who represent one of America’s most ethnically and geographically diverse fan bases, the name is a unifying force that stands for strength, courage, pride and respect.”

Whereas Goodell, thoughtfully and respectfully replied to the claims, Snyder was more defiant and blunt. He declined to directly respond to Congress, but instead addressed their claims to USA Today by explaining that fans understand “the great tradition and what it’s all about and what it means.”

However, closely examining the “tradition” of the Redskins name doesn’t particularly bode well for either Synder’s or Goodell’s claims.

Washington’s football team has been known as the Redskins since 1993. It’s possible that the team’s original owner, George Preston Marshall, named the team as some form of homage to head coach Lone Star Dietz, who was supposedly part-Sioux. (Dietz’s true heritage has long been questioned by historians and has never been proven.)

Dietz was known for wearing war paint and feathers at games. What was not as well known was that Dietz did so at Marshall’s request. In addition, Marshall himself was known for being an ardent racist. The Washington Redskins were the last team to integrate and only did so because they were forced by the government in 1962 — sixteen years after other NFL teams began signing African-Americans.

In short, it seems unlikely that Marshall was truly honoring the team’s coach.

Last week, Rep. Faleomavaega addressed the controversy on the floor of the House of Representatives. The speech echoed the sentiments of the letter and made it clear that his side was not giving in anytime soon.

“Mr. Speaker, it’s time the National Football League and the NFL commissioner, Roger Goodell, face the reality that the continued use of the word ‘redskin’ is unacceptable. It is a racist, derogatory term, and patently offensive to Native Americans,” Faleomavega said. “The Native American community has spent millions of dollars over the past two decades trying earnestly to fight the racism that is perpetuated by this slur.”

In some ways, the situation is reminiscent of the fight that took place in North Dakota over the University of North Dakota’s former nickname, the Fighting Sioux. In that case, after years of threats of sanctions by the NCAA, lawsuits, state laws and petitions, residents of North Dakota voted to retire the nickname.

In both instances, nicknames were under fire for being offensive to certain groups of people. However, Washington’s nickname is more apt to offend a broader group of people, whereas the “Fighting Sioux” pertained to a smaller portion of the population.

Both teams were also under tremendous pressure from a variety of sources, but the Redskins haven’t been pressured by their league and governing body, the NFL. In contrast, the NCAA deemed “the Fighting Sioux” to be “hostile and abusive” shortly after the controversy over tribal nicknames began.

The Fighting Sioux nickname was ultimately retired because North Dakotans grew tired of their tax dollars being spent on the dispute. The Redskins debate could also be decided for financial reasons, but in a much different way.

According to Forbes, the Washington Redskins are the NFL’s third most valuable franchise, worth $1.6 billion. Furthermore, $131 million of that figure can be attributed to the franchise’s brand strength. Stripping Washington of its nickname would not only put a significant dent in the team’s overall value, but it would also hurt the NFL.

Although Snyder has strongly and publicly shot down the possibility of changing the name, it appears that others in the organization are open to at least gauging the public’s opinion on the matter.

Last week, the team released a lengthy survey to their fans that included a section of questions relating to whether or not the team should change its name.

There are a lot of factors and variables in this multifaceted dispute. Political, economic, historical and social issues all play significant roles. Regardless of the outcome, it would be nice to see each factor weighed equally in determining the conclusion. Perhaps then, this time, the dispute will be settled by something other than money.