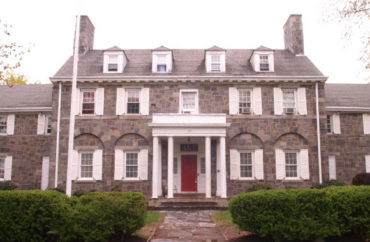 A jury found that Wesleyan University President Michael Roth grossly exceeded his authority when he shut down Delta Kappa Epsilon’s house shortly after it submitted a plan to comply with the school’s new coed mandate on the eve of the 2015-2016 academic year, Hartford Courant reports.

DKE sued the school more than two years ago, claiming it let every other identity group live together in its own housing but fraternities.

Roth’s emails brought to light during the trial suggested he was only willing to take on the fraternities if Wesleyan – a Yale wannabe that’s opening a $220,000-a-year center for social justice – could obtain their valuable real estate in the end.

Shortly after DKE’s lawsuit, the school’s last remaining residential fraternity (and early adopter of the coed mandate) accused Wesleyan of shutting it down on the pretext of a drug bust whose drugs the school refused to name. (It has since recovered its status.)

Didn’t like the mandate, submitted a plan for it anyway

Wesleyan claimed at trial that DKE never intended to comply with the plan to let women join fraternities, so it was justified kicking the fraternity members out on short notice and depriving the house’s owner – DKE’s alumni chapter, the Kent Literary Club – of rent for the past two years.

As Wesleyan threatened fraternities with loss of their status if they didn’t accept women over a three-year transition period, DKE told the school its national organization wouldn’t let it accept women:

Wesleyan said a few months later that DKE could meet the requirement by allowing women to live in the house with equal access to common areas. While DKE still opposed the requirement it submitted plans in early 2015, including a submission on Feb. 5, but was told the next day that the plan was insufficient and that the fraternity house would not be included in the coming housing selection process.

The verdict does not give DKE the right to reinstatement and return to the house, but it paves the way for the fraternity to continue suing Wesleyan for reinstatement. Judge Edward Domnarski told the parties he’d like to avoid that, urging them to negotiate privately.

Wesleyan said Thursday it forced coed status on fraternities after consultation with its board and “input” from the community, in order to “make Wesleyan a more equitable and inclusive campus,” but DKE “chose not to comply.”

It does not acknowledge that the fraternity submitted a plan as requested and then a more detailed plan after it filed suit that Wesleyan refused to consider.

Wesleyan has a red-light rating from the Foundation for Individual Rights in Education. A refresher for College Fix readers on this oft-overlooked central Connecticut private school:

Its Title IX officer has implied that feeling unwelcome on campus is just as serious as rape.

President Roth has claimed some credit for the blockbuster musical Hamilton, saying its creator was inspired by his Wesleyan education.

Most notably, Wesleyan preceded the racial upheaval at the University of Missouri by several weeks in 2015, when black student activists hounded and threatened a columnist and the student newspaper for a column mildly critical of the Black Lives Matter movement.

Roth did refuse to set up an anonymous microaggression reporting system in response to activist demands.

The school was mocked on an episode of 30 Rock when a character refers to his alma mater as “the Harvard of central Connecticut,” apparently oblivious of Yale. (It got noticed by The Harvard Crimson.)