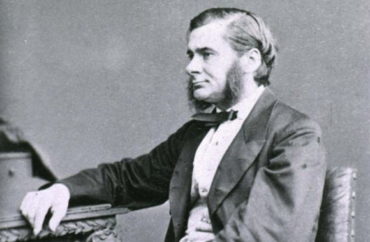 By Brett Davis | The Center Square

T.H. Huxley is out at Western Washington University in Bellingham, Washington.

His name is to be removed from the school’s College of the Environment based on a recommendation made this summer by the Legacy Review Task Force charged with examining the history and significance of building and college names on campus.

The LRTF report paints an unflattering portrait of 19th century scientist Thomas Henry Huxley, who coined the term “agnosticism” and was known as “Darwin’s bulldog” for his vigorous public support of Charles Darwin’s evolutionary naturalism.

“First, the Task Force unanimously recommends that the Board of Trustees remove T.H. Huxley’s name from the College of the Environment,” the report states. “T.H. Huxley accomplished a great deal as a scholar during his lifetime. Unfortunately, his ethnological accomplishments were grounded in white supremacist values that dehumanize and harm many members of the Western community. The Task Force concluded that his legacy conflicts with the university’s current mission.”

According to the report, the task force sought outside input from experts on Huxley, garnering responses from four such scholars.

The report notes, “While historians’ assessments differed in multiple ways, their work pointed to three common themes: Huxley’s views about natural racial and gender inequalities, the role of these hierarchical views in the application of Darwin’s theory of evolution to humans, and the development of scientific racism more generally.”

Eight academics at the environment college responded to the LRTF report, claiming it contained errors, false and exaggerated claims, and largely drew on materials produced by young-Earth creationists for the purposes of attacking evolution by going after Huxley, one of natural selection’s most famous early defenders.

“Like many great social reformers of the nineteenth century, Huxley grew and evolved through scientific inquiry and personal experience,” the academics’ report concludes. “In his later writings, he expressed the view of the oneness and equality of all humanity, regardless race, ethnic background, gender, or class. While many of his academic and political colleagues promoted white supremacist myths and exclusionary views, Huxley worked tirelessly for universal equality and against the entrenched forces of oppression and hierarchy.”

“For this he remains worthy of honor and respect for dedicating his life to promoting the inherent values and rights of every human being, of the interconnectedness of all humanity, and the connection of humanity to nature. It is clear from his scientific and moral journey that if he were alive today, Huxley would be an ally in the fight to dismantle systemic racism.”

The Board of Trustees voted to retain the names on Haggard Hall and Mathes Hall and to conduct a more thorough assessment of the “Viking” name.