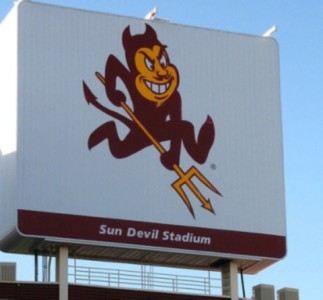 Earlier this year, my Arizona State University government professor told my class that white people are successful because they have exploited all other people, and that Americans are not all born equal because of slavery.

When I complained about the comments to the college dean, she dismissed my concerns, pointing out I had on a Brooks Brothers shirt. I’ve haven’t heard from her since.

Previously I shared my experience with a dozen or so people and on my personal blog, but the more I thought about it, the more I believed it is a story that needs to be retold among a broader audience. This was not easy to write, but I hope it helps others in similar situations.

SPRING 2013, PHOENIX – I had recently switched my major to political science after working on a few campaigns over the summer. Being a bit late to the political science game, I had to take a few introductory, freshmen-level classes. One such class was POS150, Comparative Politics.

It was only the second day of our comparative politics class when the professor, Michael Mitchell, went off on an unrelated tangent about race while discussing our syllabus. He told us white people are successful because they have exploited all other people, and that Americans are not all born equal because of slavery.

His comments were not simply offensive to every white person sitting in that classroom, they insulted every American entrepreneur and innovator of any skin color who’s strived to make a better life for his or her family.

I wanted to raise my hand and offer another opinion, but I was scared. I had already seen another person in my class disagree with one of his comments and it did not go well for him, so I sat in silence. Yet I couldn’t shake my feelings of disgust and offense by his comments, especially because they were stated as fact.

So I set up a meeting with Barbara Colby, dean of the school of Politics and Global Studies. I walked into her office and sat down, determined to tell this story. I began by explaining that I had a professor who made some very offensive, racist comments in class.

She sat up in her seat and looked interested.

“Racist?” she asked me, her eyebrows raised in apparent shock.

I began to tell her my concerns and explained that because of his comments I chose to withdraw from the class and now must either pay to take the class at a community college or pay additional tuition to take it over the summer.

As soon as I got to, “white people are successful,” she sat back in her seat and interrupted me mid-sentence: “Well, I see that you’re wearing a Brooks Brothers shirt. And (the professor’s) comments would be appropriate if they were in a discussion-based setting.”

I could not believe her words. Should I have shown up in sweatpants and a T-shirt to meet with the dean? How did a polo shirt dismiss my concerns?

As for her defense of Professor Mitchell, his remarks were not given during a discussion-based setting. They were presented as a fact in a freshman-level course, which all political science students are required to take.

At this point I saw her getting up in her chair. She handed me her card and said, “I’ll look into it and get back to you.” Look into what? She didn’t even give me an opportunity to finish telling her what Professor Mitchell said. I walked out dumbfounded and broken. There is nothing worse than feeling that you do not have a voice.

As this event happened many months ago, I’ve had time to wait and see what would unfold.

To this date I have not received any correspondence from Dean Colby regarding my concerns. I took the POS150 equivalent at a community college. It was money well spent. Professor Mitchell remains a professor at Arizona State teaching comparative politics. He did not respond to my recent requests for comment. Seeking an update from Dean Colby, I was informed she retired over the summer.

Ironically, it is Professor Mitchell who is successful. He holds a doctorate and works as a scholar at a large university. It is wrong that people such as this man divide everything. Rich and poor, black and white. They sit in the ivory tower of academia and live to breed race-based discontent.

Arizona State is a publicly funded research institution, yet in many cases students are only fed one political viewpoint. This is a disgrace to higher education. Higher education is about encouraging free thinking and discussion, not creating a liberal indoctrination factory.