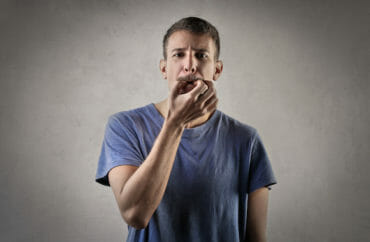 At Tennessee State, ‘whistling in a suggestive manner’ may lead to expulsion

Tennessee State University warns against “whistling in a suggestive manner” on the grounds that it may constitute sexual harassment, a policy that has helped earn it a “red light” rating from one of the nation’s premier college watchdog groups.

The public university in Nashville currently holds a “red light” rating from the Foundation for Individual Rights in Education for several of its policies that effectively allow officials to punish various forms of free speech as harassment.

Among them, the public university’s discrimination and harassment policy warns employees and students that “whistling in a suggestive manner” could get them sanctioned — including being expelled or fired — if officials deem the tune sexual harassment.

Other examples of possible sexual harassment listed under the policy include “suggestive or insulting sounds,” “suggestive or obscene gestures,” “unnecessary touching or brushing against the body,” jokes about sex inside and outside the classroom and more.

In sum, there are at least 20 different ways students and employees can be found guilty of sexual harassment, according to the policy. Campus officials state they will consider the “totality of the circumstances” before deeming whether an act is sexual harassment.

The College Fix reached out multiple times to the school’s media relations department for comment and clarification on the policies. No representatives from the school responded.

Multiple attempts were also made to speak to the university’s Title IX coordinator to ask whether suggestive whistling was a significant problem on campus. These requests were also ignored.

FIRE’s vice president of policy research Samantha Harris told The College Fix in a telephone interview that one problem with the policy is its vagueness.

“Very broad categories of speech are banned as harassment, simply because someone might find them suggestively offensive, and that’s something that courts have repeatedly held violates the first amendment,” Harris said.

In addition to the university’s ban on suggestive whistling, Harris criticized the policy’s prohibitions on jokes, humor and “inappropriate communication.”

“That could really be applied against core political speech, and speech and humor on social and political issues, and really just used to suppress unpopular speech,” she said.

Harris also pointed out the university’s policies regarding dissent and protest. The relevant policy reads in part: “Group dissent taking the form of demonstrations, marching, or sit-in activities will not be permitted inside university buildings or during university-wide events such as athletic contests, convocations, special lectures, assemblies… .”

“By banning any kind of demonstration during ‘university-wide events’ you’re really restricting students’ rights to protest and get their message across,” Harris said.

The same assembly policy also requires that “dissent” be registered with the vice president of student affairs, who will “ensure that the event is held at an acceptable time and appropriate site.” Harris said that this constitutes a “prior restraint on speech.”

FIRE rates schools’ speech policies on a green-yellow-red light scale, where red indicates the school has “at least one policy that clearly and substantially restricts speech.” Both the discrimination and harassment guidelines, and protest and demonstration policies at Tennessee State, have been given red light designations by the organization.

Campus free speech issues have been in the news frequently over the past few years, and sexual harassment has often been at the center.

Northwestern professor Laura Kipnis was recently forced to fend off a Title IX investigation in response to an essay she wrote about sexual paranoia on campus.

And J. Martin Rochester, a professor at the University of MIssouri-St. Louis was subject to a Title IX investigation for having vehement disagreements with female coworkers.

MORE: Cornell may crack down on free speech in wake of racial unrest