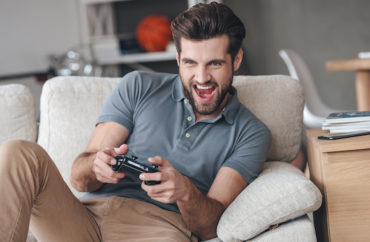 A private college in Cedar Rapids, Iowa, will host a “symposium” on white privilege next month, a gathering that will feature, among other things, a video game “where a player takes the role of a Black American attempting to go to the corner store and return safely home.”

The event flyer states that the symposium will feature keynote speakers and “educational performances” as well as a wide variety of workshops.

Some of the workshops include: the Importance of Faculty of Color in the Classroom, Intersectionality of Race, Gender and Sexual Orientation;” “Race and Poverty;” “Race and Politics,” and “Black Male Identity and Masculinity.”

Among the workshops offered is one titled “Gaming for Social Justice.” According to a description of the game obtained by The College Fix, the workshop will feature “a live game experience where a player takes the role of a Black American attempting to go to the corner store and return safely home.”

“Along the way, they encounter micro aggressions from strangers to the neighborhood, as well as from law enforcement that can range from humiliating to lethal,” the description continues.

Reached for comment via email, a representative of the symposium told The College Fix that the various workshops would be facilitated by “experts, academics, and consultants who practice in each area of expertise.”

Asked about a workshop titled “Challenging White Feminism,” the representative, who remained anonymous via the symposium’s school email address, said the program “examines how feminism, from the suffragettes of the first wave to the present, has been constructed on a foundation of racial and cultural discrimination, how it has struggled to become more inclusive, and how we might continue to challenge it so that it may, in the words of bell hooks, truly be ‘for everyone.’”

Reached via email and asked for the definition of “white privilege,” Keynote Speaker Jacqueline Battalora cited the U.S. Naturalization Act of 1790, which “required one be white to naturalize a U.S. citizen.”

“The requirement of being white was valid law until 1952. As a result, for 162 years people seen as white were given an unearned advantage – access to citizenship and therefore the opportunity to express needs and desires through the political process,” Battalora said.

Asked about a workshop dedicated to “restorative practices” the symposium representative said that the full name is “Beyond Circles: Restorative Practices, Race, and the Classroom.”

The conference will cost between $60 and $135 for people ranging from high school students to individuals/private organizations.

In addition to these workshops, other programs offered at the event include “Collectively Healing While Breaking the Cycle of White Supremecy [sic],” “Structural Racism – History and Present,” and “White Supremacy/White Privilege 101.”