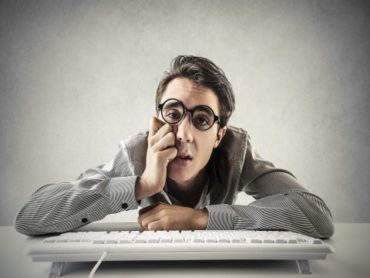 You can usually tell when a college student has read a new book, lengthy news article, or other literary work because he or she  becomes anxious to let everyone know how the information contained therein applies to us today.

The contemporary conception of Kipling’s poem is the so-called “white savior complex” which white folks exhibit by “speak[ing] for minorities in times of crisis instead of letting minorities speak for themselves.”

White celebrities were guilty of this after the 2010 earthquake in Haiti; they used their — wait for it — white privilege to “speak up for [the] largely non-white community” of that country:

When celebrities like George Clooney, Tim McGraw and Paul McCartney choose to participate in Hope for Haiti NOW: A Global Benefit for Earthquake Belief, they think they know what is best for people of color. They are used to hearing themselves talk and being in the limelight. They see their platform as another way to be heard and use benefit concerts and activism as an excuse to garner attention for themselves. 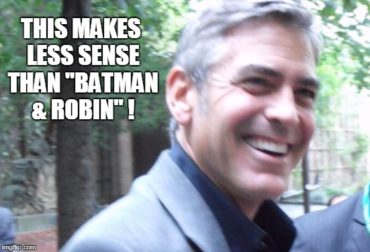 Not many people would argue that celebrities don’t like the limelight and attention; however, how is the assisting of raising post-disaster funds for one of the poorest countries on Earth an example “knowing what’s best for people of color”? One can only imagine Faulk’s reaction if, when asked to participate in the benefit, George Clooney responded “No thanks, not a good idea. Haiti is a black country.”

More recently, the “One Love Manchester” concert benefiting victims of that city’s May 22 terrorist attack was also an example of white saviors swinging into action:

On television, radio and social media, Grande performed alongside a number of high profile artists, including Miley Cyrus, Pharrell Williams, Katy Perry, Little Mix, Justin Bieber, the Black Eyed Peas and Coldplay. In three short hours, over $2.6 million was raised in donations by the British Red Cross for the We Love Manchester Emergency Fund, contributing to a total of over $12 million raised by the organization.

However, only two of the 16 performers at the One Love Manchester concert were black: Pharrell Williams and the Black Eyed Peas. While the majority of the individuals affected by this attack were not black, it is still very important to recognize the lack of non-white entertainers asked to perform.

Organizers of other benefit concerts like One Love Manchester play a role in promoting the white savior complex by allowing white individuals to speak for minorities in times of crisis instead of letting minorities speak for themselves.

Let’s see if we have this straight: Most of the terror victims were not minorities, but there were two black acts at the benefit concert — and this is a white savior complex akin to that of the Haitian benefit?

Using Faulk’s “proportionate representation” logic means more black acts at the Manchester concert would connote them “speaking” for the victims … who were mostly white.

I think I got it.

MORE: University hosts training on how to ‘reduce the impact of white privilege’