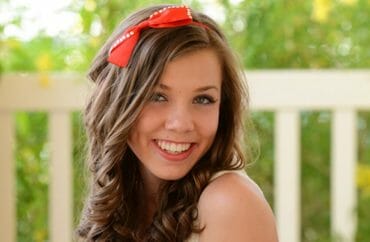 “Do you really think that students are ready to talk about marriage?” a Washington Post reporter asked me.

It was a fair question. After all, the Pew Research Center predicts that a quarter of millenials will never marry, and the median marriage age for women is now 27, 29 for men. I belong to the most anti-marriage generation in history, but we at Love Saxa, a student group at Georgetown University, are working on campus to change that, one person at a time.

Love Saxa seeks to educate, inform, and engage students around issues of marriage, sexuality, gender, and relationships. Love Saxa was formed in 2012 under Georgetown’s Office of Campus Ministry when a professor saw a need for pastoral care for students regarding healthy relationships and marriage. (I will not name this individual here, as he sacrificed a great deal professionally for his involvement with Love Saxa.)

In 2015, Love Saxa was reincorporated under the Student Activities Commission at Georgetown as a non-religious student organization, in part because it had begun to engage in activism around same-sex marriage and the hookup culture.

Yes, we at Love Saxa are activists. We want to convince students that they should abstain from sex before marriage and quit watching pornography. And we want to support students who have already chosen to live lives of chastity while in college when it seems like literally everyone else is hooking up with each other on the weekend. We hold social events like board game nights and swing dancing socials so that our members can get to know one another.

Love Saxa brings speakers to campus to give students the very best arguments in favor of chastity and traditional marriage. We’ve hosted Dawn Hawkins to talk about how pornography sexually exploits women. Ryan Anderson has talked to us about marriage, and more recently about religious liberty. Donna Freitas has explained how the hookup culture has contributed to sexual assault on college campuses. Kerry Cronin has encouraged students to ask each other out on dates. You may not have ever even heard of these people, and that is exactly why college campuses need groups like Love Saxa.

As president of the group, one goal of mine this year was to increase Love Saxa’s visibility, because the group had been relatively inactive in recent months–though perhaps we ended up with more visibility than I would have liked.

I wrote an opinion piece for our student newspaper, The Hoya, titled “Confessions of a College Virgin” in the hopes of recruiting a few sympathetic freshmen. I thought some eager freshmen would read the piece, realize they were not alone in their beliefs, and join us. What actually happened was that a few LGBTQ+ activists took offense to Love Saxa’s defense of traditional marriage and attempted to get us kicked off campus.

Calling our group “archaic,” “cissexist,” “homophobic,” and “transphobic,” these students demanded the university unrecognize us and strip us of our funding. The Student Activities commission held a four-hour hearing lasting past midnight to decide whether or not our group “fosters hatred or intolerance” toward LGBTQ+ people. The Love Saxa VP and I answered dozens of accusatory questions about our personal beliefs and our organization’s mission and actions.

The Student Activities Commission ultimately decided to take no action regarding Love Saxa. I firmly believe that things could have gone a very different way if Love Saxa had not taken our case to the public. Upset alumni and parents bombarded Georgetown, wondering if it had forgotten its Catholic identity. After all, our beliefs are functionally identical to those of the Catholic Church. Rev. Mark Bosco, the vice president for mission and ministry at Georgetown admitted that Georgetown’s “Catholic and Jesuit identity … certainly affirms Love Saxa’s existence.”

That, of course, did not stop Georgetown from misappropriating donations designated for Love Saxa just a few weeks ago (to retrieve these donations, we engaged the help of the Alliance Defending Freedom). It does not prevent Love Saxa members from being harassed by radical activists when studying in the library or walking to class. It does not halt the insulting, yet occasionally funny, memes students make about our group.

And yet, we persist. If anything, the pushback demonstrates that we are doing something right. We are striking a nerve. We are bringing up important questions. Most people hate talking about sex. But sex is important. Marriage is important. The majority of students who show up at Georgetown legitimately do not know why anyone would be opposed to premarital sex, pornography, and the hookup culture. Even kids raised in church may not know anything about sexual ethics.

Love Saxa–and other groups supported by the Love and Fidelity Network–are here to impact campus culture for positive sexual change. If not us, then who? If not now, then when?

MORE: Meet the student group at a Catholic university persecuted for its support of traditional marriage 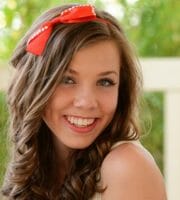