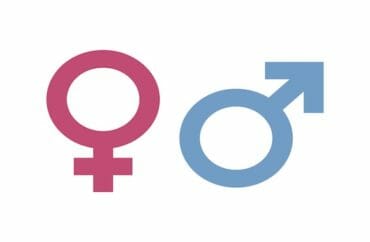 Williams College’s Office of Institutional Diversity and Equity advises students to report signs “color-coded pink for girls and blue for boys” as “bias incidents,” claiming such signage is “abhorrent and intolerable.”

The reporting guide clarifies that bias-related incidents, “while abhorrent and intolerable,” are not crimes. Students are advised that they can report bias incidents to Campus Safety and Security as well as the health center and dean of students, among other options.

It is unclear how students who commit such bias incidents are handled or punished.

The Speak Up program defines a “bias incident” as an “act of conduct, speech, or expression that target individuals and groups based on race, religion, ethnic/national origin gender, gender identity/expression, age, ability, or sexual orientation.”

Fighting bias incidents, according to the program, require “a community committed to fundamental human dignity and equality to successfully address.”

There has been no recent reporting on bias incidents in the Williams Record, the school’s student-run newspaper. In November 2012, the paper reported on a student who wrote “All beaners must die” on another student’s white board, but upon further investigation, it was discovered that the perpetrator was not acting maliciously but was instead responding to a conversation held about hate crimes and word usage.

A 2013 bias incident reported on by the Williams Record featured a drawing of a penis on a white board with a racial slur written on it. Following that event, the Vice President of Campus Life, who is still in the position, said, “The way that the campus responds will continue to evolve as we experience these distressing events as a community, and as we find strength as a community.”

The website and reporting for bias incidents began at Williams College in April of 2008 as “an attempt to overcome a lack of collective knowledge of discrimination at Williams.”