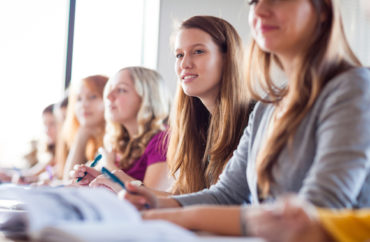 As part of the major requirement to graduate with a degree in Women’s Studies from Iowa State University, undergraduates must take a class where students undertake projects to advance feminist and social justice initiatives.

The class, listed on Iowa State’s Women’s and Gender Studies webpage as WGS 402: “Feminist Research in Action,” is part of a Women’s Studies track that includes courses such as Introduction to Lesbian Studies, Human Reproduction, Ecofeminism, and Write Like a Woman.

The course description of “Feminist Research in Action” states: “In this course, students will learn feminist research methods and scholarship. The class collaborates on a community research and action project to improve women’s lives.”

One project from May 2017, titled, “A Study of Gender in the Iowa State Daily,” had students “analyzing articles from the ISU Daily that discuss gender related issues.”

Some other projects set out to deal with specific gender-related issues, such as domestic
abuse. According to Dr. Oberhauser, students in May of 2016 completed projects on “Human Trafficking and Domestic Violence.”

In more recent years, projects have shifted from general women’s issues to issues of minority identity groups, namely women of color and the transgender community.

Also in May of 2017, participants in the class undertook a project called “Affirming Transgender Identity: Examining the Student Counseling Service at Iowa State University,” as well as one titled “Marketing Gender through Color: Gendered Perceptions of Colors and Learning among Iowa State Graphic Design Students.”

This past semester, Dr. Oberhauser said that students studied “Exploration of gender dynamics in academic disciplines” that examined “feelings of marginalization among female students in the STEM (science, technology, engineering, mathematics) fields.”

Other courses at the university’s Women’s Studies Department include “Introduction to Lesbian Studies,” “Write Like a Woman” and “Ecofeminism.”

One course, “Gender and Communication,” explores “how understanding and enactment of gender identity is shaped by communication.”

MORE: Women’s and gender studies degrees have increased 300% since 1990