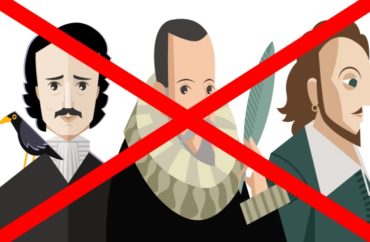 A year and a half after a petition circulated calling for Yale to “decolonize the English department,” the first students are enrolled in a new course created by the department to increase the breadth of the curriculum and combat claims of departmental racism.

What’s more, new requirements are in place to ensure a more “diversified” slate of courses.

Previous requirements for the major included two courses in “Major English Poets,” including Chaucer, Shakespeare, Donne, Milton and Eliot, among others. But that two-course series petitioners had deemed actively harmful due to its focus on white male poets. The series is no longer a graduation requirement for Yale’s English majors.

The petition, a Google document which has since been made private, critiqued the perceived whiteness of the English department requirements: “A year spent around a seminar table where the literary contributions of women, people of color, and queer folk are absent actively harms all students, regardless of their identity.”

“It’s time for the English major to decolonize — not diversify — its course offerings,” the petition added. “A 21st century education is a diverse education: we write to you today inspired by student activism across the university, and to make sure that you know that the English department is not immune from the collective call to action.”

Nearly a year after the petition, around seven months ago, Yale’s English faculty voted to “diversity” the curriculum. At the time of the vote, the director of the department’s undergraduate studies, Jessica Brantley, told The Yale Daily News: “We’ve constructed a curriculum that has inclusion as its goal, embedded in the structures of its requirements, and I’m very excited to implement and develop that curriculum further.”

The reconfiguring of the English department’s required courses did not directly address the demands of the petition to do away with the Major English Poets sequences altogether; the courses still exist. The reconfiguration also did not refocus the program’s pre-1800 and pre-1900 literature requirement to address issues of race, gender, and sexuality as demanded by the petition.

Because Chaucer and Shakespeare are both studied in English Poetry 1, these expanded options mean that a student could graduate from the program without ever reading either of these authors.

Readings in English Poetry 2 focuses on more recent poets, including Milton through Eliot and other modern writers.

Her research focuses on “the public sphere in colonial West Africa and issues of gender, sexuality, and power as articulated through popular print cultures,” according to her faculty bio.

Other courses she has taught at Yale include “Contemporary African Fiction: Challenges to Realism,” “South African Writing After Apartheid,” and “Postcolonial World Literatures, 1945 to Present,” her bio states.

According to Professor Newell, there was significant interest in the course during the fall semester. The current class has 20 students, which is a larger seminar-style course compared to many other Yale courses, which are capped at 15 or 18.

Reached via email by The College Fix, Newell described her teaching style in this course as “the opposite of ‘close reading’ – we spend a great deal of time discussing cultural, linguistic and historical contexts, and we have read and discussed some classic works of postcolonial theory in conjunction with the primary texts. Likewise, when students write essays, I encourage them to undertake secondary reading and research, as well as to analyze primary texts.”

“I haven’t had any feedback from the students who led the petition as to whether or not they are satisfied with the overall changes in the major,” Newell told The Fix. “Obviously, there will be a vital opportunity at the end of semester for students to give feedback on this particular course in their evaluations.”

According to its course description, English 128: Readings in Comparative World English Literature still features a number of white male writers, including Daniel Defoe, John Millington Synge, and James Joyce. Other writers featured on the syllabus for this fall include Jean Rhys, Alice Munro, Ngugi wa Thiong’o, and Salman Rushdie.