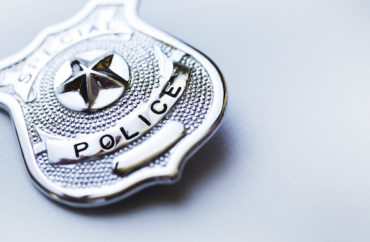 A spokesman for Yale University defended two of its police officers at the center of national controversy by telling The College Fix that the officers followed protocols when responding to a complaint by a white student about about a black student sleeping in a common area.

The black student at the center of the firestorm, meanwhile, denounced the spokesman’s response, stating that it “lacks empathy, compassion, and historical context.”

University spokesman Tom Conroy told The College Fix that the police officers, one of whom is black, followed proper procedure.

“The police who responded to the call followed protocols,” Conroy said via email Tuesday. “Both students were asked by police for their Yale identification cards.”

Conroy’s statement stands in contrast to three statements from university officials—one from Police Chief Ronnell Higgins, one from Vice President for Student Life Kimberly Goff-Crews and one from President Peter Salovey—that did not come to the defense of the officers.

Instead, the statements varied from a basic summary from Higgins to conciliatory statements regarding campus diversity and inclusion from Goff-Crews and Salovey.

Last week, in an incident widely shared on social media and covered in national media outlets, graduate student Sarah Braasch called the Yale Police Department after she observed another graduate student, Lolade Siyonbola, sleeping in a common area of a residential building. Braasch is white and Siyonbola is black.

Siyonbola uploaded a pair of videos to Facebook documenting her encounter with the police. Combined, the two videos have now been viewed almost 2.5 million times and have set off a racial and political firestorm.

“I deserve to be here; I paid tuition like everybody else,” said Siyonbola in one of the videos. “I am not going to justify my existence here.”

Conroy, Yale’s spokesman, told The College Fix the issue “has been referred to the Graduate School of Arts and Sciences for further review. The dean will review the incident and consider next steps.”

Higgins confirmed this in his statement, saying that the student sleeping in the common area “was not a police matter.”

Reached via email and presented with Conroy’s defense, Siyonbola told The Fix that the response “lacks empathy, compassion, and historical context.”

“Terror sanctioned by US law and protected every time an incident like such is termed ‘following protocol,’” she added.

In an appearance on “Good Morning America,” Siyonbola called for “punitive measures for people who act out of racially-motivated bias.”

“Someone who uses the police in the way that Sarah used the police should be held accountable,” she said on the show.