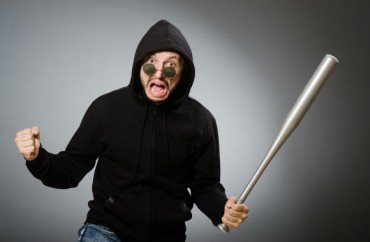 Yale University continues to impose sanctions on students and faculty even when they are not found responsible for sexual misconduct, according to its latest half-year report on sexual misconduct.

Issued by Deputy Provost Stephanie Spangler, who is tasked with universitywide Title IX compliance, the so-called Spangler report covers reports of misconduct from Jan. 1 through June 30.

It reveals harsh punishment following complaints about seemingly minor infractions, as well as minor or no punishments for alleged attempted assaults – suggesting that assaults aren’t being taken seriously, many people are making evidence-thin complaints, or both.

In contrast to previous Spangler reports, this one has totally scrapped details on complaints that didn’t result in investigations, though it continues to list such complaints in statistical tables.

The move suggests that Yale does not want to provide information that “might cast doubt on the suggestions that the university is experiencing an unprecedented crime wave,” according to Brooklyn College Prof. KC Johnson, who has critically analyzed the Spangler reports from their start five years ago.

The latest report, issued Aug. 16, says the university received 88 complaints of sexual misconduct. According to the Yale Daily News, that’s an all-time high number of complaints.

It lists five new complaints registered with the University-wide Committee on Sexual Misconduct (UWC), a body of “about 30” faculty, professional or managerial staff, fellows and students.

One complaint summary reads: “A YC [Yale College] student alleged that another YC student engaged in sexual penetration without consent. The complainant withdrew the complaint. No-contact restrictions, which were imposed as an interim measure during the proceedings, were continued.”

Meanwhile, the school suspended a student until May 2018 for “sexual touching without consent,” citing “sufficient evidence to support the allegation” – meaning the UWC ruled it was “more likely than not” the violation happened.

Because of the vague descriptions in the report, there’s no way to know if the student suspended for two years was a stranger or part of a relationship which had previously been intimate.

The data also show that the Yale community, including students, faculty, and staff, prefers to report complaints to a Title IX coordinator.

Sixty-nine went to the coordinator, 14 to campus police and the aforementioned five to the UWC. (The UWC implies that anyone who needs immediate attention should report to another authority, saying it can’t handle “emergencies.”)

As a result, the accused student was suspended and “required to receive training on awareness of stalking behavior and harassment.”

Expelled after ‘stop, that hurts’

One especially vague summary says an undergraduate told a Title IX coordinator “that a faculty member engaged in conduct of a sexual nature,” without specifying whether the conduct was verbal, physical or a combination.

Under a three-year-old “blueprint” agreement with the University of Montana that the federal government reiterated is binding on all colleges this spring, “unwelcome conduct of a sexual nature” – including verbal comments that aren’t directed to anyone in particular – constitutes sexual harassment.

Louisiana State University is currently being sued by a female professor who was fired for making sexual jokes in class.

Yale declined to comment on pending cases in an email to The College Fix.

Instead, spokesman Thomas Conroy quoted from the guide to the report: “While intended to be broadly informative, the report does have limitations. Because of privacy obligations, the report cannot fully convey the variety and complexity of circumstances associated with cases that may appear similar in the brief narrative descriptions.”

Conroy referred to a list of possible penalties from a 2013 guide to penalties for sexual misconduct.

The guide features harsh punishments for scenarios such as getting a partner’s consent for sex but continuing after the partner says “stop, that hurts” – a decision that would result in expulsion for the partner who continued.

In an article for Minding the Campus, Prof. Johnson speculates on why the latest Spangler report might have dropped information on complaints that don’t result in investigations.

“That type of information demonstrated a seemingly panicked student body—and the absurdities of the university’s excessively broad definition of sexual assault,” he continued: “No wonder Spangler removed it.”

Spangler herself wrote in the introduction to the report why it doesn’t include details where “the complainant decided to take no further action at this time,” or where the Title IX coordinator reached out to a “potential complainant” but that person did not “engage” or provide “additional information” to the coordinator.

MORE: Lawsuit says cussing in class is not ‘sexual harassment’

“Since those categories contain complaints in which no further action was taken, the descriptions provide little, if any, additional information,” Spangler concluded.

Johnson wrote that the university should be wary of its own figures because they strain credulity in the context of other crime reports.

If all 26 undergraduates who filed sexual-assault complaints from January through June were female, “it would mean an annual violent crime rate for Yale undergraduate women of 1.9 percent, without taking into account any attempted murder or felony assault claims,” he wrote.

“That would be just under the annual violent crime rate for the city FBI stats deem the most dangerous in the country, Detroit,” according to Johnson – and yet Spangler herself has said the misconduct complaints are “only a fraction of the instances of sexual misconduct at Yale.”

The Title IX office did not respond to a request for comment by The Fix.