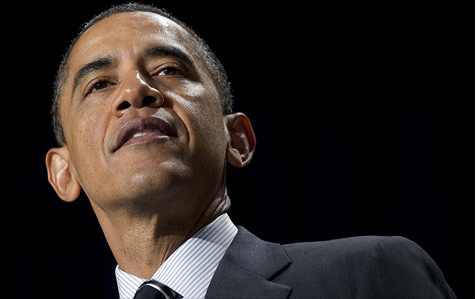 More than a dozen leading privacy and surveillance law professors from across the nation have declared the government’s collection of cellphone metadata illegal and a violation of privacy – and have lodged their concerns with the nation’s highest court.

The professors, in the brief, say the order “clearly violates the law and presents an extraordinary risk to personal privacy.” They also said it runs afoul of American’s First Amendment rights.

“What is more intrusive of privacy than collecting the data of every Verizon customer,” Fred Cate, an Indiana University law professor and the amicus brief’s counsel of record, said Thursday in an interview with The College Fix.

Also on Thursday, The Washington Post reported that the NSA “has broken privacy rules or overstepped its legal authority thousands of times each year since Congress granted the agency broad new powers in 2008, according to an internal audit and other top-secret documents.”

As for the authorization for the NSA to collect cellphone metadata, it violates Section 215 of the Patriot Act, which allows the surveillance court to determine reasonable grounds for collecting such information only if its members believe the data is relevant to an authorized anti-terrorism investigation already underway, Cate said.

“The law allows the surveillance, but only if the government can show it is relevant to the investigation,” Cate said. “The law says we have to determine relevance first – and then get the relevant data.”

Obama administration officials have argued the NSA is operating under the law by broadly collecting data and later determining its validity. With that, metadata collected daily on Verizon costumers provides the feds information on what telephone numbers were used to make and receive calls, and the time and duration of the phone calls, among other information. The calls are reportedly not listened to or recorded.

In a White Paper released by the Obama administration Aug. 9 – the same day the professors filed their brief – the feds argued their actions are constitutionally sound.

“Supreme Court precedent makes clear that participants in telephone calls lack a reasonable expectation of privacy for purposes of the Fourth Amendment in the telephone numbers used to make and receive their calls,” an executive summary of the white paper stated. “Moreover, particularly given the court-imposed restrictions on accessing and disseminating the data, any arguable privacy intrusion arising from the collection of telephony metadata would be outweighed by the public interest in identifying suspected terrorist operatives and thwarting terrorist plots.”

Cate said that logic doesn’t pass muster under the law.

“It isn’t an unreasonable argument, but it isn’t a legal argument,” he said.

The scholars’ amicus brief contends that the Patriot Act does not allow the government to assess the relevance of the phone calls after already collecting such data.

“The Verizon Order effectively eliminates the relevancy requirement by directing Verizon to disclose all call detail records and telephony metadata, even though the overwhelming majority is, by the government’s admission, ‘never going to be responsive,’” the brief reads.

“The Executive Order requires intelligence agencies to ‘use the least intrusive collection techniques feasible within the United States or directed at U.S. persons abroad,’ ” the brief reads. “Given that (government officials) have acknowledged that the NSA never uses the vast majority of call detail records and telephony metadata collected under the Verizon Order, it is unclear how the collection could comply with the ‘solemn obligation’ that the government ‘use the least intrusive collection techniques feasible.’ ”

“The Verizon Order compels disclosure of call detail records and telephony metadata created by U.S. persons doing nothing other than exercising their First Amendment right to express themselves,” it reads. “This protected activity ensnares people under the order.”

When asked whether he felt the court would strike down the surveillance court’s order, Cate said it depends.

“The court is being asked to do something really unusual, which is intervene,” he said. “This isn’t a typical appeal. This is a particular type of writ, and the court doesn’t really like to do that.”

On the other hand, Cate said there is a chance the court might step in, since it has spoken a lot about private issues in recent times.

“If the court was ever to say we are going to step in here, this would be the time,” he said.

Fix contributor Michael Cipriano is a student at American University.