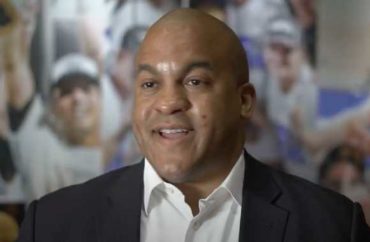 Malcolm Turner was forced to resign after accusations of misusing funds

Vanderbilt University paid out $1.6 million to its former athletics director for just one month of work, a new analysis found.

The private university in Tennessee paid Malcolm Turner (pictured) more than $1.6 million in 2020, though he only worked there for one month that year, according to recent reporting by The Tennessean. He had been at the university for little over one year prior to being forced out of his job for alleged extravagant spending.

The amount of compensation is based on the university’s required 990 tax form, which is released every year.

The Fix obtained the 990 form from ProPublica and found that it had reported Turner’s total compensation as more than $1.9 million for the fiscal year 2019-2020.

The College Fix reached out by phone and email to Alan George, associate athletic director for communications, for confirmation of the 2020 $1.6 million figure. It has not received a response.

Turner’s departure followed “allegations of lavish spending and misusing university funds,” according to The Tennessean.

Turner also served as vice chancellor for athletics and university affairs, according to the university website.

The university paid him nearly $2.2 million in 2019, according to The Tennessean.

Previous athletic director David Williams left behind a “rainy day” fund for the department that was estimated at $17 million, VandySports reported February 4, 2020.

“Turner blew through that in less than a year on the job,” VandySports reported.

Turner also spent an estimated $7.1 million to fire former head basketball coach Bryce Drew and his staff, according to VandySports.

Turner let Drew go in March 2019, according to an article published March 22, 2019 in Vanderbilt Hustler.

Turner’s resignation was “not a surprise” to some in the Vanderbilt athletic administration, according to a February 4, 2020 online article in Sports Illustrated.

“Rumors [had] swirled for weeks over unhappiness between Turner and Vanderbilt. The source of much discontent was Turner’s spending,” according to the February 4 VandySports article.

“Rumors became more prevalent…when Turner was not present at the Commodores home basketball game against Florida or at the Vanderbilt baseball banquet,” Sports Illustrated reported.

Turner announced his resignation in a 2020 news release from the university.

“At the onset of this next critical phase of key [Vanderbilt] Athletics initiatives and after considering certain family commitments important to me, I have elected to pursue new opportunities,” Turner stated in the release.

“I fully support what will surely be an exciting next chapter for Vanderbilt Athletics and wish the entire Vanderbilt family the very best going forward,” he stated.

Adam Andrzejewski, CEO of Open the Books, a government watchdog group, told The Fix via email that transparency is key to curb excessive university expenditures.

“While salaries are at the school’s discretion, when the books are open, crazy spending can be stopped quickly,” he stated.

“Academic institutions should work together to structure compensation packages that ensure commensurate value that is created for students and athletes,” Andrzejewski wrote.

The Fix has reached out twice to Vanderbilt’s faculty union for comment on Turner’s spending but has not yet received a response. 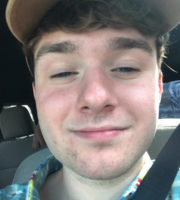