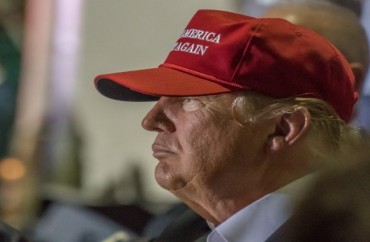 ‘Premature’ to agree the kangaroo courts are working

During the Obama administration, colleges have become increasingly hostile to young men.

Their free speech is under fire, their access to due process is being whittled away, and they are often forced into curricula that pathologize their masculinity.

Young women are often spared from this administrative overreach, and it may partly explain why they attend college in far greater numbers than men and also drop out less frequently.

Here are three ways young men could have better college experiences under Trump.

1) Recentering the due process rights of the accused

On the same day President Barack Obama announced his re-election bid in 2011, the Education Department’s Office for Civil Rights released a “Dear Colleague” letter intended to spur colleges to fight what the office characterized as rampant campus sexual assault.

The letter claimed that “1 in 5 women are victims of completed or attempted sexual assault while in college,” and ordered colleges to use the “preponderance” (50.01 percent certainty) evidence standard against accused students.

OCR said the “clear and convincing” (roughly 75 percent certainty) standard used by some colleges, commensurate with such serious allegations, is “not equitable under Title IX.”

Since then, the due process rights of men in college have been hacked away. But many observers suspect the Trump administration will rein in the aggressive and unilateral OCR that flourished under Obama.

It’s already Republican Party orthodoxy, for one thing. “Whenever reported, [sexual assault] must be promptly investigated by civil authorities and prosecuted in a courtroom, not a faculty lounge,” the 2016 platform said about Title IX.

“The [Obama] Administration’s distortion of Title IX to micromanage the way colleges and universities deal with allegations of abuse contravenes our country’s legal traditions and must be halted,” it said.

Both conservative and mainstream media expect a change.

Watchdog.org reporter Ashe Schow, who covers campus due process, noted that Trump “didn’t make explicit demands for Title IX reforms during his campaign,” but “it is assumed by many on both sides of the issue … that he will scale back or reverse” the OCR’s guidance letters.

Inside Higher Ed reporter Jake New noted Trump has a ready-made outline from the GOP platform, saying new OCR guidance “would likely focus more on the due process rights of accused students and instruct colleges to use a higher burden of proof.”

Trump’s nominee for secretary of education, Betsy DeVos, hinted that she will take a fresh approach to Title IX if confirmed (disclosure).

According to BuzzFeed News reporter Tyler Kingkade, DeVos told Democratic Sen. Bob Casey at her confirmation hearing Tuesday night that it would be “premature” for her to commit to keeping the 2011 guidance in place.

Here's the full exchange between Casey and DeVos on Title IX (only paraphrased one point of Casey's Q) #DeVosHearing https://t.co/xDd4yC4YUq pic.twitter.com/hbIC3BQGaV

She cited “a lot of conflicting ideas” around the guidance, and said she would work with Congress and colleges to “understand the range of opinions” and find “resolutions” – exactly what OCR failed to do nearly six years ago.

With thousands of male students investigated sans due process over the past five years, the Trump presidency shows promise for young men in college.

The burden of speech restrictions falls disproportionately on young men. They are routinely punished for comments made in spreadsheets, text messages, GroupMe messages, tweets and emails.

Nominee DeVos has come under fire for her donations to the Foundation for Individual Rights in Education (FIRE), a nonprofit that fights for due process and freedom of speech for students and professors.

DeVos has donated at least $10,000 to FIRE. While the American Association of University Women has called the donations a “red flag,” others have argued DeVos’s donations show support for free speech and due process protections. “Senior members” of Trump’s transition team also met last week with the head of one of the biggest boosters of free speech in America, Young Americans for Liberty, The Blaze reported.

YAL often fights crackdowns on student activism on public college grounds, where “solicitation” policies and speech codes run roughshod over students’ First Amendment rights. Two of its campus leaders are plaintiffs in a lawsuit against one such school this week.

YAL Executive Director Cliff Maloney told The Blaze he and the team discussed YAL’s Fight for Free Speech project, which gives cash awards to student groups that put together free-speech events on campus. Maloney said the members were “very receptive” to the project.

At many colleges, young men are taught that that masculinity is a defective trait.

The University of North Carolina, Duke University, Dartmouth College, Gettysburg College and Vanderbilt University all have social justice programming of some sort dedicated to purging male students of their toxic masculinity.

One Arizona lawmaker aimed to make it harder to pay for such curricula and training, introducing a bill that would ban taxpayer funding for social justice classes at state-funded institutions.

“Arizona shall not educate nor judge an individual based upon their religion, political affiliation, social class, gender, ethnicity, race or by the color of their skin, but by the content of their character,” reads the bill by Rep. Bob Thorpe. Though the bill was effectively killed this week because a Republican committee chair won’t give it a hearing, Thorpe’s effort could encourage lawmakers in other states to introduce similar legislation.

Such bills send a strong message to colleges asleep at the wheel of curricula: Citizens and taxpayers are waking up to the absurdity being taught to students in the state’s name.

MORE: Bill to defund social justice courses is dead without a hearing

Lawmakers in Tennessee did something similar last spring, passing a law (without the Republican governor’s signature) to defund the University of Tennessee’s Office for Diversity and Inclusion for one year.

The office had told students to use “gender-neutral pronouns” and departments to not host holiday parties that are “a Christmas party in disguise.”

Finally, a deck that’s not stacked

Feminism has worked wonders for young women’s ability to gain an education.

But their success does not have to come at the expense of young men, who now face the same institutionalized hostility that young progressives say is keeping down nonwhite and LGBTQ students.

Whether you support a Trump presidency or not, it’s clear that young men will finally have a president who doesn’t unintentionally stack the deck against their collegiate success.

Editor’s Note: This post has been amended to include a disclosure.