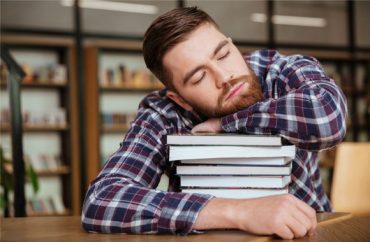 While 87 percent of students said that college is “too difficult,” the same percentage are studying less than 10 hours per week, a new survey found.

Intelligent.com, which regularly surveys college students, gathered data from 1,000 respondents, all of whom attend four-year colleges.

“The vast majority of students (87%) say they have felt at least one of their college classes was too challenging and should have been made easier by the professor,” the survey found.

The survey organization found that about one-third of students who think they work hard fail to put in more than five hours a week into schoolwork. “But of the 64% who say they put in a lot of effort, one-third also say they spend less than 5 hours a week studying and on homework,” the group reported.

A former professor and longtime educational and cultural commentator said that the decline of educational standards goes back decades.

“These results say we’re near the bottom of a slope we began to roll down in the sixties,” Stanley Kurtz, an author at the Ethics and Public Policy Center and a National Review contributing editor, told The College Fix via email.

Kurtz has taught at Harvard University and the University of Chicago.

“Students first need to adjust their expectations about the nature and purpose of education,” Kurtz said, responding to the minimal effort put in by students, despite many thinking they are working hard.

“In a proper college classroom, students come to understand that there aren’t enough hours in a day or years in a lifetime to drink in or grapple with the choices offered by the greatest pieces of literary, philosophical, or religious thought,” he said.

The professor referenced by Kurtz is Maitland Jones, who taught chemistry at New York University until the school forced him out for being too tough.

While only nine percent of students filed a complaint against their professor, “[t]wo-thirds say the professor should have been forced to make the class easier,” Intelligent reported.

Kurtz also expressed some concern for how this trend could hinder the future workforce. “Obviously, students coddled with reduced expectations for work in college will fail in the workforce, or corrupt it, or both,” Kurtz said. “That said, the solution requires more than demands for increased work and discipline—although that is certainly part of the picture.”

MORE: Many college students don’t even try to graduate on time