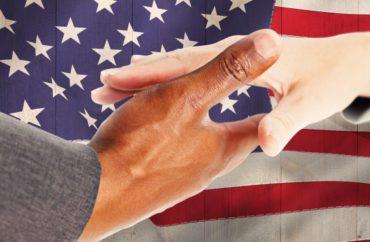 Recently we were all in this together. Today we are more divided than ever.

There is no one culprit for the anger, violence and destruction we’ve seen in America over the last week.

And on and on it goes.

It was helped by the perfect storm — the boredom, hopelessness and frustration from the COVID lockdowns. We’ve been forced to stay home, work from home, go on unemployment. For many in this nation right now, there’s no sports to watch, no churches to go to, no parks to play at, no beaches to enjoy. No hope for a cure or a return to normal.

What else to do but take to the streets?

When I saw the video of a white, Minneapolis cop’s knee strangling a black man on the concrete, I was heartbroken and angry. We all were.

But more recently I’ve seen video after video of violent protesters brutally beating up those who dare to push back against rioters, and I am haunted by the sweet smile of federal officer Patrick Underwood, a black California man who was murdered in a drive-by shooting while on duty during the riots.

There comes a time when divisiveness must be transcended by something greater. Not Republican versus Democrat. Not black versus white. Not conservative versus liberal.

That cop you hate is also a father, a son, a brother. That looter you hate was once an innocent kid with his own hopes and dreams.

The healing we need is unity. We can focus on solutions in the coming weeks and months, we must.