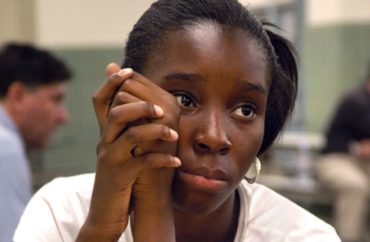 Mary Hudson, a longtime high school teacher in the New York City public school system, wrote an article in Quillette last weekend that opened a few eyes, offering up “an insider’s knowledge of a corrupt system.”

The sad thing is, for educators who have faced similar situations, such as myself, her words are all too familiar.

Be sure to read the entire piece — it’s lengthy, but well worth your time if you have kids in public schools. The vast majority of the article details Hudson’s experiences at different New York City-area high schools.

Here’s part of her conclusion:

It is not poor teaching or a lack of money that is failing our most vulnerable populations. The real problem is an ethos of rejection that has never been openly admitted by those in authority.

Why should millions of perfectly normal adolescents, not all of them ghettoized, resist being educated? The reason is that they know deep down that due to the color of their skin, less is expected of them. This they deeply resent. How could they not resent being seen as less capable?

The authorities cover up their own incompetence, and when that fails, blame the parents and teachers, or lack of funding, or “poverty,” “racism,” and so on. The media follow suit. Starting with our lawmakers, the whole country swallows the lie.

Why do precious few adults admit the truth out loud? Because in America the taboo against questioning the current orthodoxy on race is too strong and the price is too high. What is failing our most vulnerable populations is the lack of political will to acknowledge and solve the real problems. The first step is to change the ”anti-discrimination” laws that breed anti-social behavior. Disruptive students must be removed from the classroom, not to punish them but to protect the majority of students who want to learn.

Get disruptive students out of the classroom? What a concept! Unfortunately, race seminar leaders like Glenn Singleton get paid big school district bucks to peddle stuff like “white talk” being “verbal, intellectual and task-oriented,” while “color commentary” is “emotional and personal.”

Meanwhile, gentlemen like William Jenkins — who says that minority students need understand their white teachers are there to help them — get apologized for.

Many people in America, Black and White, are convinced that black people are inferior. Starting with the assumption of the inferiority of blacks, they have to put in place an explanation for their failure so they will not have to bare their inferior status to the world.

Interestingly enough, the black children in schools today, generally, are inferior; but not because of their color. They are inferior because they were believed to be inferior, then allowed to practice inferior ways (and protected in those ways by those who believed they were inferior) and in time the practicing of inferior ways condemned them to the inferior status they protest so much against.

Early in my teaching career there was an interesting confrontation at a faculty meeting between our (black) assistant principal and a (black) science teacher. The former was discussing the quantity of discipline referrals and how there was a disproportionate percentage of minority students among them. “These students have a right to be in class,” she said.

There was plenty murmuring at the statement, but nobody offered any overt disagreement. That is, until the science teacher spoke up.

“Well, sure they do — right up until they misbehave,” he said.

From there it was a debate over the rights of individual (disruptive) students vs. the rest of the (well-behaved) class.

Though the science teacher’s view was virtually unanimously supported by the staff in attendance, the reality is that an assistant principal has more power than any teacher. As such, guess which view prevailed?

But it’s not entirely the fault of school and central office administrators. State-level educrats and progressive legislators have acted in tandem to make it more and more difficult to remove disruptive students from the classroom. For example, Delaware’s (State) Senate Bill 85 codifies Obama administration lax discipline guidelines, and scares schools from disciplining chronically misbehaving students by requiring schools to “collect and publicly report disaggregated student discipline data.” Schools will get an “intervention” if racial discipline figures are “wrong.”

Not-so-ironically, the First State ranks near the top in percentage of students enrolled in private schools. With the state now completely blue politically, don’t expect that figure to dip anytime soon … since progressives are the ones to whom public school anti-reality is a religion.