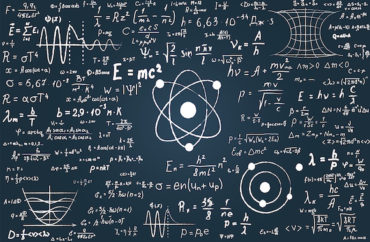 Something about ‘white empiricism’

The paper, written by University of New Hampshire professor Chanda Prescod-Weinstein and published in the feminist academic journal Signs: Journal of Women in Culture and Society, examines the way in which “Black women physicists self-construct as scientists and the subsequent impact of epistemic outcomes on the science itself.”

Prescod-Weinstein argues that the field of physics is deeply inflected by pro-white biases.

“White empiricism comes to dominate empirical discourse in physics because whiteness powerfully shapes the predominant arbiters of who is a valid observer of physical and social phenomena,” she writes.

White empiricism produces a prestige asymmetry between the viewpoints of white scientists and Black scientists, a disparity inscribed by white supremacy. Given the historical construction of Blackness as those who manually labor for free and whose children are destined to do the same and whiteness as those who are not Black, Native, or Asian, the prestige asymmetry between physics specializations runs parallel to that of Black people as manual laborers and white people as intellectual high achievers. Notably, the majority of Black American women who have earned PhDs in physics, astronomy, and related fields have done so in areas on the “wrong” side of prestige asymmetry…The most highly esteemed field, high energy physics theory (which covers particles, quantum gravity, and some aspects of cosmology and nuclear physics), has only seen about six completed PhDs by Black American women, with a greater (although still disproportionately low) number going to Black men. [citations omitted]

The article was published in the Winter 2020 edition of the journal. On Dec. 8, Prescod-Weinstein posted what appeared to be a celebratory tweet in response to criticism of her paper. “‘living rent free in white empiricist’s heads’ new twitter bio?” she wrote.

MORE: ‘What gender is that glacier?’ ponders scholars