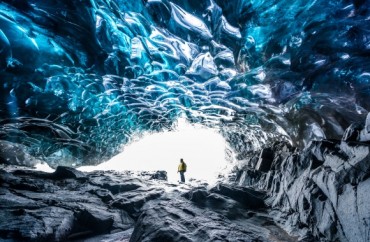 In the you-can’t-make-this-stuff-up pile today comes word of an academic paper that ponders the notion of gender as it relates to … blocks of ice.

In the publication, “Glaciers, gender, and science: A feminist glaciology framework for global environmental change research,” its authors posit:

The paper has since received its fair share of well-deserved ridicule.

“Yes, I too was sure this was a parody, but in fact the lead author is the associate dean at the University of Oregon,” writes Professor Steven Hayward on Powerline. “Do they really sit around and say, ‘Gee—the gender of that glacier is uncertain to me. It might be a trans-glacier, perhaps reversing course in the next cycle. I’ll have to cross-reference it with my post-colonial epistemology thesaurus.’”

A press release put out by the taxpayer-funded university is apparently oblivious to how ludicrous this notion sounds to most Americans living in the real world.

“The long-running reliance on knowledge produced from the perspectives of natural science, the researchers concluded, have marginalized the voices of women and cultures around the world that have lived in the shadow of glaciers,” university officials stated.

“We do a lot of modeling and study satellite images, but what if we look at literature, at art, at drawings and recordings of glaciers? We need to be looking at the cultural lenses on how people describe and talk about their landscape,” added Mark Carey, associate dean of the Clark Honors College and a professor of history and environmental studies.

Writing in Reason, Robby Soave points out: “I’m sure Carey is well-intentioned, but if his goal was to put a human face on climate change, he failed. The paper is simply impossible to read with a straight face. It employs liberal buzzwords—colonialism, marginalization, masculinist discourses, etc.—with such frequency that the entire thing comes off like a joke.”