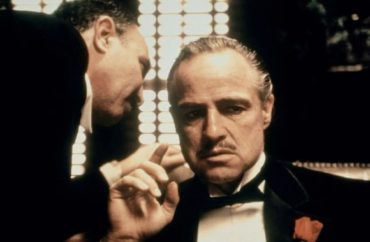 Academics upended a 70-year-old annual list of the 100 greatest movies, downplaying artistic merit to advance the representation of marginalized groups.

Lots of movie lovers try their hand at making a list of the greatest films of all time, but the version published by the British Film Institute’s Sight and Sound magazine is special. Founded in 1952 and famous around the world, the magazine publishes the list just once a decade, and relies on a poll of hundreds of film critics.

This year, Sight and Sound tried a new approach. Instead of relying on the “stodgy old guard” of critics who had spent their careers studying and appreciating film, the magazine consulted academics, Adrian Nguyen wrote in Quillette yesterday.

The professors advised the magazine on their polling, and their new voters made an unexpected choice: a Belgian film called “Jeanne Dielman, 23 Quai du Commerce, 1080 Bruxelles,” a “202-minute work of glacial minimalism,” about a middle-aged woman who works as a prostitute.

“Even its most ardent admirers would, I think, struggle to argue that it has had a fraction of the cultural impact of ‘Vertigo’ or ‘Citizen Kane,'” Nguyen stated.

However, it’s an allegedly feminist film about a marginalized group, directed by a woman.

“This has led some observers to suspect the results had been massaged to produce a politically desirable outcome,” according to Nguyen. He quoted a December 2 Facebook post by Paul Schrader, an American screenwriter, director and critic:

For seventy years the SIGHT AND SOUND POLL has been a reliable if somewhat incremental measure of critical consensus and priorities…The sudden appearance of “Jeanne Dielman” in the number one slot undermines the S&S poll’s credibility. It feels off, as if someone had put their thumb on the scale. Which I suspect they did…

By expanding the voting community and the point system this year’s S&S poll reflects not a historical continuum but a politically correct rejiggering. Ackerman’s film is a favorite of mine, a great film, a landmark film but its unexpected number one rating does it no favors. “Jeanne Dielman” will from this time forward be remembered not only a[n] important film in cinema history but also as a landmark of distorted woke reappraisal.

For the new voters, diversity trumped artistic value. This year’s pollsters apparently cared more about a feminist message than aesthetic quality or anything else the directors had to say about the human condition.

Other films on the list were chosen according to progressive priorities

Other films on the list from the past decade also checked the boxes of woke priorities: Jordan Peele’s “Get Out” revealed hidden racism, Barry Jenkins’s “Moonlight” told the story of a black gay man, and Bong Joon-Ho’s “Parasite” was anti-capitalist, according to left-wing Jacobin magazine.

These movies may be good in many ways, but the new pollsters apparently picked them for the groups they represented or the political statements they made, not their merit as works of art, Nguyen wrote.

One of the academics consulted by Sight and Sound, Girish Shambu, is a management professor at Canisius College in New York. His own Facebook comment revealed the domination of identity concerns in this year’s voting:

why ON EARTH would one assume that a significantly more diverse voting pool would produce THE SAME film choices as canonical favorites from past polls? How ARROGANT it would be of us to assume that Casablanca or the films of Ingmar Bergman (for instance) would be held in the same god-like reverence by (for example) all women, by all Black people, by all queer folks.

Let’s be totally honest: The ONLY way to justify this would be by white men (the PRIMARY group that has historically anointed those films) imposing a “universalism” upon everyone else by declaring those films “objectively great.” But as we all know, taste is anything but objective. It is socially constructed…

Shambu also took to Twitter to express his views on the poll:

Hoping that S&S poll voters push back HARD against the overwhelmingly straight white male canon (e.g. see the top 100 from 2012, with only 2 films directed by women). Let's set the canon on 🔥🔥

“[Shambu] displays no interest in explorations of human joy and suffering, triumph and loss, yearning and despair,” Ngyuen wrote. “He wants to hear the gripes of those discontented with the capitalist and neoliberal order and to privilege the voiceless and marginalized in the name of social justice and intersectionality.”

“There is nothing to contemplate or learn, just the need to redress and instruct in the cause of vengeance and validation,” Nguyen continued.

If that’s the case, however, why bother with a “top 100” at all? Critics and amateur film lovers have shared lists of movies that stand above the rest because they are unusually brilliant, original or beautiful. They tell us that we should use our limited watching time to experience “The Godfather,” for example, because it’s an excellent movie.

But many of the academics, bloggers, and others polled don’t seem to care much about any of that. Instead, what they seem to want most is to give representation — and therefore power — to groups that have had less.

That’s a worthy goal. But if it’s truly these academics’ top priority, they should bring their energies to outright political organizing, and leave the movies alone.