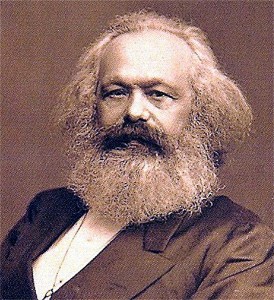 Crowds of students, teachers, and others streamed into Northwestern University’s Fisk Hall on November 10th to attend the Midwest Marxism Conference, organized by the Chicago-based International Socialist Organization.

The day-long event opened in a crowded auditorium with a passionate speech from Becca Barnes, a teacher and member of the Chicago Teachers Union.

In her speech, Barnes heavily criticized the recent election, praised the CTU’s recent success as the “type of democracy” the US needs, and characterized the American capitalist system as “fundamentally inhumane.”

She was unsparing of newly re-elected President Obama.

“Both Obama and Romney support capitalism, aim to maintain US imperial dominance in the world, and are committed to implementing austerity necessary to restore the profitability of the American capitalist class,” she said.

Barnes also called for a revolution in America in which workers would overthrow the “capitalist class” and “create a genuine workers’ democracy.”

“Never has it been so easy to see, from the revolutions in Egypt and Tunisia, that revolution is back on the table. It’s not only possible – it’s necessary,” she said.

The conference was lengthy, lasting from 10am to 8pm. It featured numerous lecturers and workshops, along with a Socialist bookshop called Haymarket Books.

There were twelve workshops in total, whose topics varied. Classical Marxist theory was approached in lectures such as “Lenin’s Theory of the Revolutionary Party” and “Education & Capitalism.” Yet other workshops, such as “from Apartheid to the New Jim Crow: Racism, USA” and “The Democrats: A Critical History,” addressed more American issues.

Workshop attendees were instructed to “raise your fist” after each presentation if they wished to ask questions or comment.

In the workshop “The Meaning of Marxism,” Socialist Worker journalist Eric Ruder explained basic Marxist theory to a filled classroom.

He addressed the conundrum that most people today seem relatively well-off under capitalism.

“We’re so much more productive as a society, literally thousands of times more so, except we let huge proportions [of people] actually die of starvation and material want, for no particular reason,” he said. “It’s a social problem, not one of material wealth.”

Towards the end of the lecture, Ruder used toothpaste as an example of capitalism’s inefficiencies.

“If you no longer have one section competing against another, you start to eliminate all kinds of waste,” he said, referencing toothpaste brands Colgate and Crest.

Ruder then described the “wastefulness” of toothpaste’s price: “About 90% of the price you pay for toothpaste goes into packaging, advertising, and profit, and 10% is the actual contents of the toothpaste.”

“If you look into our economy as a whole, there is waste of that sort everywhere that you look,” he said.

Ruder concluded his presentation with a quote from the Communist Manifesto. He stated that once the working class takes power through revolution, “in place of the old bourgeois society, with its classes and class antagonisms, we shall have an association, in which the free development of each is the condition for the free development of all.”

Another workshop titled “Imperialism: Capitalism Wages War” was hosted by Brian Bean, and discussed war from a Marxist perspective.

In his lecture, Bean cited tracts from the Soviet leader Nikolai Bukharin, and said that war and imperialism are “woven into the fabric of global capitalism.”

Bean stated that war as we know it is an “outgrowth of capitalism,” and urged that “the beast must be slain.”

The conference ended with a lecture from author Marvin Surkin on his latest book, Detroit: I Do Mind Dying: A Study in Urban Revolution, followed by dinner and drinks at local bar The Celtic Knot.

Despite being held in Fisk Hall – where Northwestern’s Medill School of Journalism is located – the Midwest Marxism Conference was not covered by the university’s newspaper of record, The Daily Northwestern.

It was covered, however, by Breitbart.com author and activist “Rebel Pundit,” who was expelled from the event before it ended.

Conference attendees were informed that they were not allowed to use recorders or take pictures without explicit permission from the conference’s organizers.

Fix contributor Charles Rollet is a junior at Northwestern.