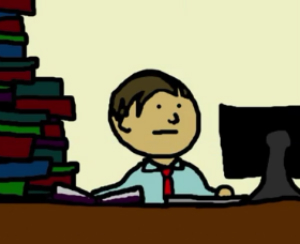 Before I started at The College Fix, I knew exactly two things about adjunct faculty.

The first was they teach evening classes, because my fiancee taught adjunct at my alma mater for a couple years and we’d get a late dinner after her weekly class, assuming her students didn’t gab her ear off and ignore my dirty looks in the hallway.

The second was they were more likely to give you a real education. The hardest class in my college career, the only one where I truly felt challenged, was taught by an adjunct, though I figured it had something to do with the professor being Chinese. (Is it a microaggression to compliment someone for the work ethic of their culture?)

Yet these faculty who can be dumped at a moment’s notice, re-arranged as needed and compensated like Uber drivers are increasingly the backbone of higher education.

Inside Higher Ed ran an essay Monday by an anonymous adjunct professor who’s been in the game for 25 years and has “tried to survive just by teaching,” as opposed to colleagues who have full-time nonteaching jobs or spouses who make their adjunct work financially feasible.

His teaching has been split mostly between “a major religious university in a major city” and “a liberal arts university with a large business school.”

It makes it sound like universities could save themselves the headache of adjunct unionization drives (which we’ve covered several times) just by showing a little respect for adjuncts.

How about occasional ‘courtesies’?

One problem this prof lays out: work limits.

Colleges create policies to limit adjunct workloads. But such policies hurt the adjuncts who are trying to survive this cockamamie system. When adjunct limits are put in place, are any full-time positions ever added — even nontenured teaching positions?

The overarching theme of American exceptionalism is upward mobility. Yet adjuncts aren’t often told when they can rise – or when they’re about to get axed:

Unless an adjunct regularly checks the university job listings or the professional association job listings, an adjunct of many years would not be aware of openings for which he or she was qualified. Even if you have repeatedly expressed an interest in full-time work, no one tells you. And twice I have submitted letters and CVs by the deadline and not received a letter that my material was received or that I did not get the position. They did not get lost in the mail. They were hand delivered! …

In 25 years at Universities A and B I have known only one adjunct to work his way up to full-time status. Being a great and devoted adjunct seems a barrier to tenure-track positions. When they hire, they look elsewhere. …

For 11 years I taught in an interdisciplinary program. The program got cut, I lost five or six courses a year, and no one even bothered to tell the instructors. We found out six months later.

This gripe should especially resonate with conservatives, who emphasize hard work, merit, consistency and loyalty.

On tenured faculty vs. adjuncts:

Some full-timers appreciate us and treat us as equals. Thank you so much! Most ignore us and ignore our contributions. Many do not realize their job situation is dependent on us adjuncts. And we are the future. …

Full-timers typically make no effort to connect with adjuncts in their own departments. The work colleagues that I have turn out to be on the library staff or in the computer labs.

On “free” things that universities can do for adjuncts:

One university has a yearly ceremony that recognizes long-term employees. Part-time years are counted, which is nice. When I told the chairman that another adjunct and I were up for the 20-year award he said, “And nobody cares.” Fool that I was! I thought he might say thanks or send an email mentioning it to others in the department.

At one university only full-timers get counted for years of service with their photos on the wall in the administration building. But I look at the photos and think, “I have out-taught all of you.”

At another college the department chair repeatedly says, “We really appreciate what you are doing here. And the students like you.” Such courtesies mean so much. And they are free.

This prof is worried about a trend long recognized as a problem on both left and right: the bureaucratization and homogenization of the ivory tower.

At one college, the required boilerplate clauses for syllabi meant my syllabus ran to eight pages. The students do not read that stuff. Why not put it online? And we were required to put the class schedule with the assignments — the most used part — at the bottom of the syllabus. …

I have taught many online courses. We have tapped about 10 percent of the potential of online courses for teaching. But rather than exploring the untapped 90 percent, the college where I taught online wanted to standardize every course with a template designed by tech people with no input from instructors. [Sounds like Common Core, right? -Greg]

The essay ends on a note of apprehension: This prof is about to move in with a friend to save money with a reduced course load and work on completing his research.

If you’re an administrator, department chair or tenure-track prof, take this essay to heart. You have a college because grunts like this guy make it economical for you. Also my fiancee will kick your ass if you mistreat her.