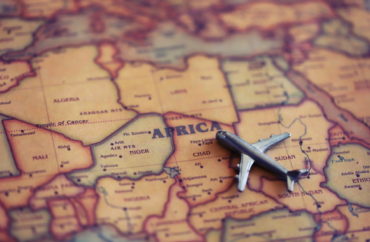 Under attack in America, Chinese government shifts focus to Africa

Despite the rapid decline in the number of Confucius Institutes at American universities, African students are now flocking to the Chinese-founded programs in order to bolster their chances of finding future employment.

According to the Kenyan newspaper The Standard, over 500 students at the University of Nairobi are enrolled in different proficiency-level Chinese classes run through the school’s Confucius Institute.

“The demand for Chinese language is fueled by the increased job opportunities available to Kenyan youth in the Chinese companies currently operating in the country,” the paper notes.

“Chinese language ability may open a big door and provide you a sure way to understand China, its foreign policy and predict its future as a just society,” said Chinese Ambassador to Kenya Zhou Pingjian in a statement to the paper.

He said the Chinese government will continue to support learning of Chinese language and research activities in African universities to foster the bilateral relationship between Beijing and Nairobi.

But at the same time the influence of Confucius Institutes is growing in Africa, the number of programs in the United States has cratered. According to figures provided by the National Association of Scholars, 104 of the 118 Confucius Institutes once hosted by American universities have closed.

Over the past several years, such institutes have been bitterly criticized by those who see them as an attempt by China to exert “soft power” over American universities.

In March 2020, Republican U.S. Sen. Chuck Grassley of Iowa sent a letter to universities hosting Confucius Institutes, warning them that such departments were “fronts for Chinese propaganda.”

“The Chinese Communist Party’s United Front Work Department’s mission is to influence foreigners and foreign institutions, especially those in America,” said Republican Congressman Jim Banks of Indiana at an event hosted by the Heritage Foundation in June. “And their work can be seen on college campuses all over the country.”

At the event, NAS researchers warned that while Confucius Institutes have been closing, they often are reappearing under different names.

Rachelle Peterson of NAS said she and her co-authors found 28 schools that similarly replaced their Confucius Institutes with nearly identical programs, plus 12 more that appear to be in the process of doing so.

“The Chinese government is betting that if it takes away the name Confucius Institute and tweaks the structure of the program, no one will be the wiser and realize that Chinese government influence remains alive and well in American higher education,” Peterson told attendees.

“We shall stick to the principles of sincerity, practicality and real results,” said Zhou to a group of Kenyan students last week. “Kenya is a good example of productive outcomes of China’s cooperation with developing countries. We can’t do what we shouldn’t do with Africa, we are very practical,” he said.

The paper notes that Confucius Institutes provide opportunities for young Kenyans to earn scholarships to study in China. According to the paper’s estimate, there were over 2,400 Kenyans enrolled in different Chinese universities in 2019.

“Since its establishment (in 2005), the Confucius Institute has enrolled well over 19,000 students,” said University of Nairobi Vice-Chancellor Stephen Kiama. “The institute has continued to train talented and excellent Chinese language students,” he said.