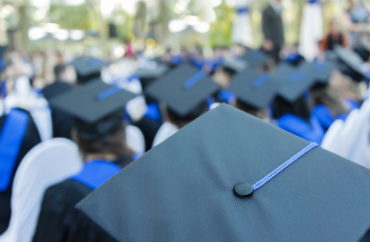 Citing “misinformation on Twitter,” Columbia University this week defended its announcement that it would be holding six separate graduation ceremonies for students based on characteristics such as race, sexuality, and income level.

The virtual ceremonies, scheduled for late April, were separated for Native American, “LGBTQIA+,” Asian, “Latinx,” black, and “First-generation and/or low income” students. The events were to cover graduates of Columbia College, Columbia Engineering, General Studies and Barnard College, a women’s college that has a partnership with Columbia.

The College Fix first covered the segregated ceremonies on March 8. But following a Fox News article mentioning the issue this week, notable figures such as Sen. Tom Cotton (R-Ark.) and right-wing commentator Candace Owens addressed the ceremonies on Twitter.

“The problem is not just one ‘woke’ university embracing discrimination,” Cotton said.

“Critical race theory is being pushed on our kids at school, it’s peddled by HR departments at corporations, and the Biden administration has embraced it under the guise of ‘racial equity.’”

And Owens tweeted: “Congratulations are in order for liberals and @Columbia University for successfully bringing segregation back by packaging it as ‘diversity inclusion,'” adding, “Just one question: which ceremony do bi-racial children attend?”

Congratulations are in order for liberals and @Columbia University for successfully bringing segregation back by packaging it as “diversity inclusion”.
Just one question: which ceremony do bi-racial children attend? https://t.co/WQL6aAXbmV

“Columbia marks graduation every spring with a university-wide Commencement ceremony and Class Days for the graduates of each of our schools,” a spokesperson for the school told The College Fix in an emailed statement Tuesday. “These events bringing together all of our graduates and their families are a high point of every academic year.”

According to the spokesperson, the “smaller celebratory events held for particular communities” are in addition to, not instead of, the main Commencement and Class Day graduation ceremonies.

“In most instances, these smaller, multicultural gatherings evolved from ceremonies originally created by alumni and students,” said the spokesperson. “The gatherings are voluntary, open to every student who wants to participate, and have become a highly anticipated and meaningful part of the Columbia graduation experience.”

But The College Fix had reported this fact in its initial post, noting the “virtual segregated ceremonies do not replace ceremonies for the whole Ivy League university and its individual schools.”

And the report had quoted the university’s website, which points out the segregated events provide “a more intimate setting for students and guests to gather, incorporate meaningful cultural traditions and celebrate the specific contributions and achievements of their communities.”

This week, video surfaced of mandatory racial bias training by the Princeton Theological Seminary that segregated participants by race. In 2019, students at Syracuse University demanded the right to deny potential roommates based on their race. Other campuses have set aside student buildings and spaces for use by students of color only.

And racially segregated commencement events aren’t immune. Four years ago, Harvard announced its first blacks-only and “Latinx” graduation ceremonies. In 2019, the National Association of Scholars found 75 schools that offer black-only graduations, and 173 schools that have implemented some sort of neo-segregationist policies.