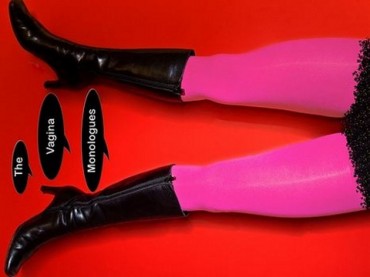 An all-female college that recently began to accept transgender students has declared that it will scrap its annual tradition to put on a production of “The Vagina Monologues” because the play is apparently too dismissive of “women” without vaginas.

At the start of this school year, Mount Holyoke College in South Hadley, Mass., announced a new policy that allows for the admission of students:

With that, the annual tradition to put on a play all about the plight of vaginas is now too narrow and exclusionary, according to school logic.

“At its core, the show offers an extremely narrow perspective on what it means to be a woman…Gender is a wide and varied experience, one that cannot simply be reduced to biological or anatomical distinctions, and many of us who have participated in the show have grown increasingly uncomfortable presenting material that is inherently reductionist and exclusive,” according to an email sent by the school’s theater division to the campus community, reports Campus Reform, which added the play is being replaced with something more “trans-inclusive.”

This is not the first time “The Vagina Monologues” has come under fire for being too narrow in focus.

Last year, Columbia University banned white women from performing in the play, a decision, producers said, that was based on white women being overly represented in the past during the play, as well as in mainstream feminist discourse in general.

The 18-year-old play consists of various monologues performed by women who aim to highlight all things vagina – including reliving sexual encounters, retelling molestation and rape survival stories, tales of orgasms and empowerment, soliloquies on the birthing experience and menstruation, lesbianism, and other similar topics.