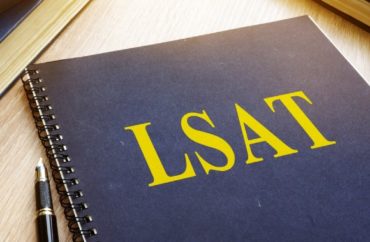 Division among law professors over whether LSAT hurts racial minorities

The vote by the Legal Education and Admissions committee removed the Law School Admission Test, or LSAT, as a requirement for law schools to remain accredited by the association.

The change will go before the ABA House of Delegates in February 2023 – the legislative body killed a similar proposal in 2018, according to a summary memo provided to The College Fix by the association.

The change would not prohibit the LSAT.

The Law School Admissions Council, which administers the test, disputed the claims made in support of making it optional.

While we share the concerns expressed by so many law school deans, admission professionals, and DEI leaders that test-optional policies could undermine diversity efforts, we are pleased that the Council amended their proposal so it will not take effect until the admission cycle starting fall 2025. Delaying implementation until fall 2025 will allow law schools time to prepare if the test-optional policy is ultimately approved, and help reduce disruption for schools and students alike. Delaying implementation will also provide more time for research already underway to help establish whether test-optional policies actually help to advance diversity.

Law professors, including deans of law schools, have differing opinions on the effects of the LSAT on racial minority enrollment.

“Folks of color perform less well on the LSAT than not,” dean emeritus Leo Martinez at the Hastings College of the Law, told The Wall Street Journal. “I am sympathetic that it gives people like me a chance.”

The deans wrote in a letter to the ABA that “an unintended consequence” of the change would “be to diminish the diversity of law schools’ incoming classes, by increasing reliance on grade point average and other criteria that are potentially more infused with bias.”

MORE: Judge tosses out lawsuit against Duke by student who refused to take LSAT

The signers were concerned that the benchmarks that would replace the LSAT would be more susceptible to bias.

“We believe that, if the proposed amendment to Standard 503 were adopted in its current form, it likely would be detrimental to law schools’ goals of bringing in diverse classes of students and, ultimately, to the diversity of the legal profession,” the signers wrote.

“For if law schools abandon the LSAT (or some other validated test) in their admissions processes, something else will take its place,” the letter stated.

The professors it is it “probable” that the new admissions processes would put “greater emphasis” on “GPA, written or verbal recommendations, the reputation of undergraduate institutions, admissions officers’ familiarity with those institutions, or other subjective factors.”

“Will reliance on these other criteria produce more or less racial, socioeconomic, or other forms of bias than exist under current admissions practices?” the signers wrote. “We don’t know for sure, because not enough data or research is available to predict the effects of abandoning the LSAT (or another test) as an admissions factor.”

However it is “distinctly possible” that “the change will result in greater reliance on factors that are more prone to bias than test scores.”

Professor says the LSAT is beneficial, but so is flexibility for law schools

One law professor told The Fix he supports the use of the LSAT in general, though he appreciates the flexibility given to law schools to choose the best admissions process.

“I think it is important to have fair and reliable tests which accurately predict an applicant’s ability to succeed in law school, pass the bar, and serve society and individual clients,” Professor John Banzhaf at George Washington University Law School told The College Fix via email. “The LSAT seems to be one such test.”

“The main argument for getting rid of the LSAT seems to be that it is not as accurate at predicting success for Black applicants; i.e., it allegedly under reports their predicted law school grades and bar passage rates,” Banzhaf said. “But, to the extent this is true – and many dispute it – it should be possible to correct/improve the LSAT so that it no longer does so (or at least as much), and/or for schools to make allowances – i.e. as they do for undergrad university and major as noted above.”

“I favor using the LSAT, at least until something clearly much better becomes available, but I don’t think it should be imposed on individual law schools by an outside entity, especially for ideological reasons,” Banzhaf said.