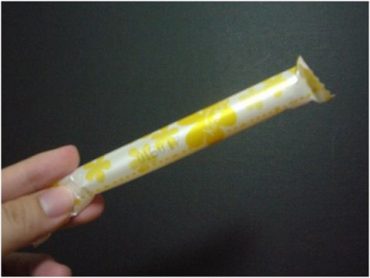 In an op-ed in American University’s student paper The Eagle, Student Government President Devontae Torriente says his organization will have “a renewed focus beyond the notions of equality and acceptance, to also cover equity, inclusion and forward-thinking progress.”

One of the SG’s “major initiatives” this year “is providing accessible menstrual products for students who need them.”

“Access to healthcare products such as tampons and pads is a right,” Torriente says, “one that many people are denied due to socioeconomic status and other social reasons.”

Those products are expensive and, as a university that champions progressivism and social justice, we have the responsibility to ensure that students have access to the healthcare items they need to survive. By doing so, students of lower socioeconomic statuses will be able to focus on their academic, professional and personal development, as all college students do, without having to worry about how they will be able to access these necessary items. As New York City Councilwoman Julissa Ferreras stated in her push for menstrual equity in New York, menstrual products are as necessary as toilet paper — a notion I completely agree with.

At least Torriente doesn’t go as far as UCLA’s Zoey Freedman did a year ago, arguing that the federal government should mandate that insurers provide menstrual products as part of their healthcare coverage … nor does he provide a ridiculous editor’s note in his column so as not to offend the gender-malleable.

But why stop at tampons, Devontae? What about toilet paper? Food? Water?

Other goals for Torriente and the American SG include instituting free summer housing for students involved in summer internships, and implementing a form of the “Ban the Box” — doing away with querying about criminal history — on the college Common Application.

“My plan is to utilize the capacity for change AUSG has to continue to lift up the voices of our activists,” Torriente says, “but also initiate changes with a specific focus on equity for our black and brown, poor and queer students.

“They are the ones most impacted by my initiatives and the ones who are most often structurally disadvantaged and oppressed. Racism, classism and queerphobia permeate institutions everywhere, and it is our job as leaders to help dismantle those systems of oppression from whatever platform we have been given. All students deserve equitable access to necessary resources, not regardless of their identities and backgrounds, but because of them.”

Devontae has already been successful in getting American to use a microaggression reporting system that he helped to develop, and while running for SG president he stood with a professor who wanted the African American and African Diaspora Studies minor expanded to a major.

The SG president (whose Twitter account notes that he goes by the pronouns “he/him/his,” in case you were wondering) spoke at American’s Welcome Convocation the other day:

MORE: Feminist argues tampons should be free for women