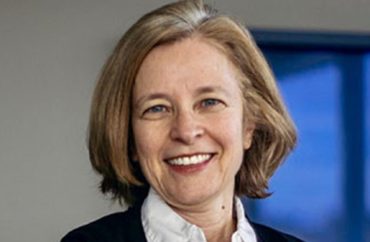 A Duke law professor nominated to a Federal Reserve position has withdrawn her nomination after Democratic Senator Joe Manchin announced he would vote no.

Professor Sarah Raskin (right), the wife of Maryland Congressman Jamie Raskin, withdrew her nomination to the position of vice chair for supervision of the Federal Reserve last week. She previously served as a Federal Reserve governor and now teaches at the private North Carolina University.

The position would give her power to oversee banks – she has previously written that financial institutions should incorporate climate change concerns into investment decisions.

She criticized the “reluctance” of regulators to “accelerate a rapid, orderly, and just transition to a renewable, biodiverse, and sustainable economy,” something other countries had done.

“[A]ll US regulators can – and should – be looking at their existing powers and considering how they might be brought to bear on efforts to mitigate climate risk,” Raskin wrote in an opinion piece for Project Syndicate on September 10, 2021.

Raskin also took issue with oil and gas companies having access to different coronavirus lockdown relief funds, such as the Paycheck Protection Program.

The Fed is ignoring clear warning signs about the economic repercussions of the impending climate crisis by taking action that will lead to increases in greenhouse gas emissions at a time when even in the short term, fossil fuels are a terrible investment.

She also wrote in a 2020 paper that regulators should encourage banks to move away from capital allocation to oil and gas.

At the very least, we must rebuild with an economy where the values of sustainability are explicitly embedded in market valuation. This transformation will come, in part, from urging the leaders of our financial regulatory bodies to do all they can – which turns out to be a lot – to bring about the adoption of practices and policies that will allocate capital and align portfolios toward sustainable investments that do not depend on carbon and fossil fuels

Her stances led to Manchin’s rejection of her nomination. This, coupled with Republican opposition, sank her chances of getting confirmed.

Now more than ever, the United States must have policy leaders and economic experts who are focused on the most pressing issues facing the American people and our nation – specifically rising inflation and energy costs. I have carefully reviewed Sarah Bloom Raskin’s qualifications and previous public statements. Her previous public statements have failed to satisfactorily address my concerns about the critical importance of financing an all-of-the-above energy policy to meet our nation’s critical energy needs.

Second law professor to go down in defeat this year

This is not the first law professor who had to withdraw after losing a path to confirmation.

Professor Saule Omarova withdrew her nomination for Comptroller of the Currency, another bank supervision role, after Senator Toomey criticized her views on oil and gas and for hiding her college thesis on Karl Marx.

“The way we basically get rid of those carbon financiers is that we starve them of their sources of capital,” Omarova previously said.