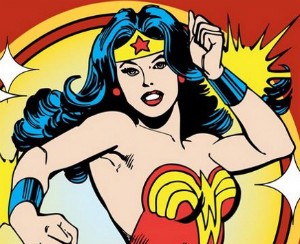 There’s no shortage of training programs, voluntary and mandatory, to prevent sexual assault on campus.

Some of them promulgate dubious claims about consent, credibility and forms of assault. They tend to identify men as the problem, and focus on teaching men not to rape – the definition of which is an unpredictable moving target depending on the school and the political climate.

So when a training program actually has tangible positive results, you’d think the professionals and activists who fight sexual assault would rise up and cheer?

The New York Times reports on the results of a study at the University of Calgary that taught freshman women how to protect themselves, including from “acquaintance rape”:

In a randomized trial, published in The New England Journal of Medicine, first-year students at three Canadian campuses attended sessions on assessing risk, learning self-defense and defining personal sexual boundaries. The students were surveyed a year after they completed the intervention.

The risk of rape for 451 women randomly assigned to the program was about 5 percent, compared with nearly 10 percent among 442 women in a control group who were given brochures and a brief information session.

“Only 22 women would need to take the program in order to prevent one additional rape from occurring within one year,” the authors concluded.

The risk of attempted rape was even lower — 3.4 percent among women who received the training, compared with 9.3 percent among those who did not.

The young women “were taught how to break wrist holds and chokeholds and yell,” and they learned about “attacks in different social contexts” so they could choose the best strategy with which to respond.

While an outside criminology professor told the Times the results show that “resistance and self-defense training needs to be part of college sexual assault prevention” (and there are groups that do that), the response from the professional victimization crowd was crickets:

Such a strategy could reduce risk for some victims, said Sarah DeGue, a behavioral scientist at the Centers for Disease Control and Prevention, who reviewed evaluations of prevention programs for the White House Task Force on campus sexual assault.

But, she added, “It’s possible that potential perpetrators could encounter individuals who have received training and just move on to more vulnerable individuals.”

To address sexual assault comprehensively, she and other experts said, colleges as well as high schools and middle schools should take multifaceted approaches that considered root causes of violence against women and men, compelled bystanders to intervene and gave guidance on healthy relationships.

But why would you poo-poo a promising study that showed that empowering women was a key component of reducing rape?

Simply because you don’t want to enhance a narrative that says women are better off when they take their safety into their own hands, rather than insist they can act as recklessly as they want with no consequences? Because you can’t blame a man months after the fact when a sexual encounter, in real time, before an “expert” can tell you how to think, appears to be totally consensual, if a woman prevents it from happening in the first place?

The study itself was accompanied by an editorial by another CDC staffer who also tried to play down its findings:

Its primary weakness is that it places the onus for prevention on potential victims, possibly obscuring the responsibility of perpetrators and others. What happens when women who complete the intervention cannot successfully resist rape?

With a public health approach, the most efficient way to have a population-level effect on violence is through a focus on primary prevention with potential perpetrators as part of a comprehensive, multilevel approach. …

However, women-focused approaches used in isolation for prevention not only deflect responsibility from potential perpetrators, but also represent only a partial solution.

Reading between the lines, this official’s message seems to be: Lay off on the whole empowering-women message. We wouldn’t want to stop blaming men for too long.