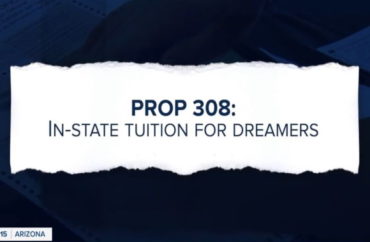 Arizona voters have approved a proposition to grant in-state tuition and financial aid eligibility to all college students who have graduated from a high school in the state, regardless of immigration status.

The measure is predicted to win, earning more than 60,000 yes votes over those who voted against it, AZ Central reported.

Opponents of the measure had argued it rewards illegal immigration and gives undocumented students access to a right that should be reserved for U.S. citizens and Arizona residents.

Proponents of the proposition celebrated their victory this week.

Christian Penichet-Paul, director of the Higher Ed Immigration Portal and State Policy, called its approval “a historic achievement that expands access to equal tuition rates to the state’s undocumented students.”

“Arizonans have delivered a resounding message to the nation: undocumented students are and should continue to be integral parts of our communities,” Penichet-Paul said.

The measure was also described by some as a bipartisan effort. Arizona state Sen. Paul Boyer, a Republican, introduced Prop 308 to the legislature in 2021. The state’s Senate and House of Representatives approved it for the ballot.

As The College Fix previously reported, eligible Arizona students must have attended the high school they graduated from for at least two years.

Proposition 308 excludes nonresident aliens, who are families of foreign ambassadors and diplomats, as well as non-citizens with residencies in a foreign nation that they do not intend to abandon.

MORE: Undocumented students in Ariz. would be eligible for in-state tuition if Prop 308 approved