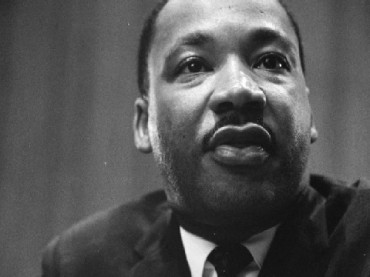 Two conservative Dartmouth College students who tried to attend campus activists’ strategy meeting on how to mark the Dr. Martin Luther King, Jr. holiday on campus were refused admittance after organizers determined the two young men were not registered Democrats.

Freshman Sandor Farkas, 18, one of the two rejected students, said he and his friend had planned to politely listen to the views of others in the name of “positive political discourse.”

“What I am really frustrated at is the fact that we can’t have reasonable discussions about these issues,” he said in an interview with The College Fix. “It has to be very private, secretive – and I don’t think that represents the spirit of MLK or in trying to create an awareness of various issues.”

Based on some talk around school, Farkas said he believes the student activists want to hold some sort of “Take Back MLK Day” protest.

Farkas said that when he and his friend, both of whom contribute to the conservative campus newspaper The Dartmouth Review, arrived at the meeting Tuesday, a female student met them at the door and asked what they wanted.

“We said we wanted to just listen in, and she said: ‘What are your political views?’ ” Farkas said. “We said we’re registered independents.”

After that she closed the door, and about five minutes later, came back and told the young men it was a private gathering and they could not sit in.

Farkas said the informal group that barred them includes campus radicals whose protests last spring over claims Dartmouth is a racist, homophobic campus eventually prompted administrators to cancel class for a day of dialogue.

In November, students in the informal group also interrupted and protested a speech by Former Israeli Prime Minister Ehud Olmert at the New Hampshire institution, chanting on the way out of the room and then laying on the floor pretending to be dead in the foyer outside the lecture hall.

Farkas said this group is led by assistant professor of history Russell Rickford, who openly champions Malcolm X as a role model for students and called Dartmouth “White Supremacy U” after the Trayvon Martin verdict, saying at a protest: “We’re going to build an anti-racist movement right here on this campus …the most unlikely place for it to happen.”

Rickford teaches mainstream history classes at Dartmouth in addition to courses such as “Black Radical Tradition in America” and “Black America since the Civil War,” according to his online college profile.

“Russell Rickford specializes in the black radical tradition and black political culture after WWII,” his profile states. “He is dedicated to convincing young people that they must think for themselves (as Malcolm X argued) and rigorously investigate political ideologies, especially their own.”

Farkas said in recent talks with Rickford, his faculty advisor, the professor has said the MLK holiday is a “tool of the far-right imperialists to appease people” and that the holiday never represented anything Dr. Martin Luther King, Jr. believed in, that it should be more of a protest day.

Rickford did to respond to a request for comment by The College Fix.

Farkas said while he can understand why the campus activists did not let him attend their strategy session, it’s just another example of hypocrisy of the left’s intolerance for any views other than its own.

Farkas pointed out the meeting was held in the El Hajj Malik El Shabazz Center for Intellectual Inquiry, a building named after Malcolm X and designed to forward collaborative discussions on important issues.

In a blog post on the Dartmouth Review about his experience, he noted the Ivy League institution’s regulations protect freedom of expression and dissent, stating: “Dartmouth College prizes and defends the right of free speech and the freedom of the individual.”

“While Dartmouth does not specify what the regulations for holding a ‘closed meeting’ are, I would like to think that any college-sponsored group or informal association of professors and students lacking an official members list cannot exclude non-members from a meeting in a public place owned by the college,” Farkas wrote. “If said group does have a member’s list, the college would surely disapprove of this group restricting membership based on private beliefs, especially if those excluded do not wish to cause any disruption whatsoever.”

“Let us be watchful of such exclusionary groups here at our open academic institution,” he continued. “Let us strive to personally embody this openness. Let us ensure that this upcoming national holiday honoring a great man is not perverted to fit the needs of a group of extremists. I have only one thing to say to those who would discourage constructive discourse: if it is freedom you want, the process starts with you.”

Farkas originally penned his post under a pseudonym, but agreed to be identified for the purposes of this report.