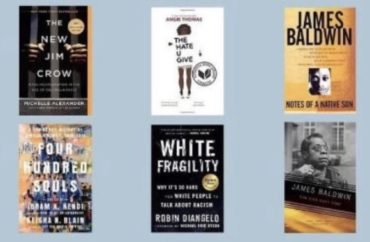 The involved organizations are the Student Wellness Advisory Board and the Student Government Association, which held a book giveaway to recognize Black History Month.

Among the giveaway titles was Robin DiAngelo’s “White Fragility,” a book which is meant to explain the origins of racial inequities in America, naming white people to be largely the cause.

“White Fragility” has remained among bestseller lists everywhere, following a meteoric rise to fame brought about by the death of George Floyd while in police custody. DiAngelo, a white author, earns an estimated $6,000 per hour per speaking event, according to information obtained by The College Fix.

Additional books as part of the giveaway included “The New Jim Crow” and “The Hate You Give” as well as books from authors such as Ibram Kendi, James Baldwin and Toni Morrison.

None of the books offered as part of the giveaway included a perspective on black Americans from a conservative standpoint.

At Pepperdine, each of the involved organizations derive their funding from a “campus life fee,” a mandatory $252 fee that each of the school’s 3,600-plus students pay every year.

Pepperdine’s media relations office declined to comment to The College Fix on the book giveaway.

Spencer Lindquist, president of the Pepperdine College Republicans, told The College Fix in an interview that the decision to purchase the books was highly controversial among some at the university.

“The College Republicans were quite honestly appalled by this decision,” Lindquist said. “Our funds are being used against us to push a radical left-wing ideology. This is something the students had no say in. We didn’t know our money would be going toward pushing a political agenda.”

The Student Wellness Advisory Board and the Student Government Association did not respond to requests from The College Fix seeking comment.