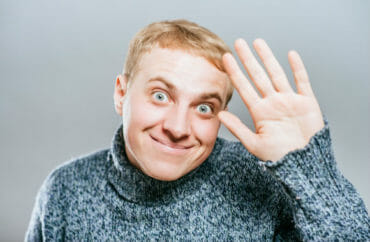 During my teaching career I always got a kick out of new teachers who, after attending some workshop for a day or two, would then be asked to lead an inservice for the entire school staff so that they could share their “expertise.”

When my school and district were making use of the ridiculous “Courageous Conversations” program, we had various administrators and other staff turned loose on us at faculty meetings and workshops to “educate” us about how racist we all were (are), but most especially the white faculty needed that “education” (in keeping with the thesis of the “Conversations”).

After all, these folks were now “skilled” in the politically correct jargon of race, and they were going to make us one of them!

Such workshops, of course, assume that participants know next to nothing about race and racism … which in our case was particularly strange given that our state’s northernmost county had been subjected to a “draconian” federal desegregation order for 20 years. Many of the district faculty and staff were (and are) district alumni (including yours truly), and as such have known the schools and community very well for most of their lives.

Take the following young teacher, for example. Utilizing standard critical race theory fare, this educator thought it prudent to record a rant about how only white people can be racist — because, after all, it is they who wield “institutional power.” The video made the rounds on social media last weekend:

This rant reminded of this little story from late last month: “Experts: Racism exists in your school and few teachers are trained to handle it.”

The only “expert” mentioned in the story, however, is the subject — Allison Martin of Northwest Middle School in Salt Lake City, Utah. In the fairly cookie-cutter, feel-good article laced with photos of Martin’s gaping smile among (minority) students, a 2011 incident at the school where Martin used to teach is noted as the catalyst for her interest in the “educational leadership and policy with a focus on social justice in education” doctorate she now holds.

According to Martin, she recalls the incident as “an assembly gone wrong” where a student “covered his head in what looked like a Ku Klux Klan hood.”

Due to her experience with that event, Martin was one of those selected by her district for “tolerance” training. She now advocates ongoing racism training for teachers and staff.

Consider the elements noted in the article about how to conduct such training. For instance, racism “must” (the article’s word) be defined as “a system of inequality among people where one race receives more advantage and opportunity than another.”

Ah! Just what our teacher said in the video!

Hilariously, here’s what immediately follows: “[A]n effective anti-racism workshop must be structured around open and respectful discussion, and discourage people from refuting others’ experiences.”

So, imagine this workshop discussion:

At this point the rebellious workshop attendee would be whisked off to attend the next noted component of race training re-education.

Seriously: “A key component of training is a ‘re-education’ of the history of racism in the United States, according to Judith Katz in her book ‘White Awareness: Handbook for Anti-racism Training.’”

The article goes on to note that Dr. Martin “is careful not to villainize students who often don’t understand the racial overtones of their antics,” and says “There are a lot of good-hearted educators out there trying to address things that they have no knowledge of how to address.”

Martin said the fallout after the Alta High assembly went beyond those insulted by the incident. She said the teachers, students and parents who didn’t fully grasp the insidious nature of racism and its impact on a community became defensive, calling the reaction overblown.

Some administrators wanted to ignore the public reaction, expecting it to blow over. “They didn’t want to address the problem because by addressing it, then they acknowledged that it existed, and then there was a lot of shame that went along with acknowledging it,” Martin said.

But … isn’t it “villainizing” when you say people got defensive and called the incident overblown because (allegedly) they don’t “fully grasp the insidious nature of racism”?

Would Martin chide those who complained about overreaction if a kid dressed as a ghost for Halloween — donned in a big white sheet with cut-out holes for eyes and mouth?

Dr. Martin’s district also brought in a representative from the Southern Poverty Law Center to lead a training dubbed “Teaching Tolerance.” Yes, the same SPLC which was caught omitting some 2,000 anti-white hate incidents from a post-2016 presidential election hate crimes report, and which was dropped by the FBI’s “resource pages” due to a “number of concerns.”