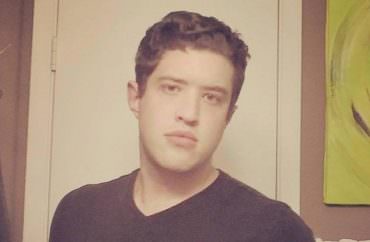 Can you be called into a campus administrator’s office and chastised for telling peers that in some countries, gay people are executed in the name of Islam? Apparently, yes, yes you can.

At least, that’s what happen to grad student Alfred MacDonald within the philosophy department at University of Texas at San Antonio. MacDonald, who is bisexual, is telling his story now after transcribing an audio recording of a lengthy conversation he had with his superior last fall.

MacDonald told The College Fix in an interview this month that the incident occurred after he told peers during a campus conversation that as a bisexual he was bothered he could be killed in 10 Muslim countries.

After that, he was called into the philosophy department chair’s office and told making that statement was “derogatory” and won’t “be tolerated” and essentially threatened him with administrative discipline, according to a recording of the conversation.

MacDonald, who has since transferred out of UT San Antonio to study at another college, said the affair is indicative of a larger problem.

“In the philosophy department, there was an overwhelming sense that everyone wasn’t saying everything they were thinking. Very few people — students or faculty — were direct with their complaints about virtually anything,” he told The Fix. “… The graduate students were reserved to an unusual degree. … It felt like I was in high school again; people should be direct, straightforward, and transparent with each other to the extent that this is socially possible, and this was the opposite of what I experienced.”

At the end of the day, this harms academic inquiry and intellectual freedom, he added.

“A disregard for truthseeking principles from a philosopher is something that should not be tolerated by people who care about the truth,” MacDonald said in an email. “Truthseeking disciplines like philosophy and science establish the infrastructure of truth for everyone else to use. Logic itself came from philosophy. … A disregard of this kind creates long-lasting implications that negatively affect the future of human knowledge.”

Professor Eve Browning, chair of the philosophy department who had the conversation with MacDonald, declined to comment to The College Fix on the issue, citing a federal privacy law that protects information about a student’s interactions with their schools.

According to Gay Star News, which first reported on this incident, MacDonald made the comments as he spoke to a peer who mentioned she was a Christian engaged to a Muslim.

“MacDonald responded by explaining he didn’t have a ‘high opinion of Islam’ because ‘there are Muslim countries where I could get executed. I mentioned that I didn’t have anything against her fiance personally and that I was strictly talking about the religious beliefs themselves,’” the publication reported.

Soon after, MacDonald found himself summoned into Browning’s office. The transcription indicates that the overall meeting was very lengthy and also delved into concerns about MacDonald’s performance as a grad student, including attendance issues and classroom decorum. MacDonald explained his side of the story as they went through the list of concerns.

MacDonald, who was secretly recording, later released an audio recording and a transcription of the conversation.

“Well, let me just say that kind of thing is not going to be tolerated in our department,” Browning said. “We’re not going to tolerate graduate students trying to make other graduate students feel terrible for [their] emotional attachments…. And, if you don’t understand why that is, I can explain fully, or I can refer you to the Behavior Intervention Team on our campus which consists of a counselor, faculty member, and person from student affairs who are trained on talking to people about what’s appropriate or what isn’t.”

MacDonald asked what action would be taken if he did bring up something they deem inappropriate again, to which she responded, the Behavior Intervention Team may “refer you for counseling, whether they would recommend that you be academically dismissed, they would assess the damage. They would probably try to speak to the students who are complaining and the faculty that are complaining and make a recommendation.”

“I thought that UTSA was a public university with, like, First Amendment protections? So like I can’t, I could be dismissed for stuff like that,” MacDonald replied.

The topic of Islam came up again later as well under the context of “professional courtesy.”

“Would it really get me fired to say that I could be killed somewhere,” MacDonald asked.

“In that situation as you’ve described it, absolutely yes,” Browning said.

“Don’t even ask,” she responded. “It’s clear you’re not taking my word for it. I don’t care to convince you. If I can’t persuade you that it’s in your interest to behave in ways that other people don’t find offensive and objectionable, then at least I’ve done my job.”

“Well I know that it’s in my interest. I’m just trying to understand the reasoning,” he replied.

“Well, this is a truthseeking discipline,” he retorted.

According to their website, the function of the university’s behavior response team is to address concerns about students stemming from “written materials that contain wording that seems alarming or out of context” or behavior that seems “significantly different then [sic] their typical behaviors.”

While Browning declined to comment, university spokesperson Joe Izbrand said her words mischaracterized the function of the behavior intervention team.

“It’s not about taking punitive action or determining penalties,” Izbrand told The College Fix via email. “The behavioral intervention team is comprised of a broad array of professionals whose job is to review concerns that come to them and to appropriately determine if any kind of follow up is necessary—concerns about the wellbeing of a student, if the student has expressed a threat to another student or themselves.”

“We do not and will not take disciplinary action for students exercising their freedom of speech rights,” Izbrand said, “and we expect faculty to help guide students in how to appropriately express those views when interacting with each other.”

UCLA law Professor Eugene Volokh, who teaches on free speech law, weighed in on the controversy in a recent post in the Washington Post.

“There is other material in the audio that suggests that MacDonald had had other friction with other faculty members in the past, so he might have been a difficult student in other ways — I can’t speak to whether or not that’s so,” Volokh wrote. “I should also acknowledge that even implicitly faulting someone’s loved ones for their ideology will often lead to tension and is generally not the most effective way of dealing with such things. If someone told you that she’s marrying someone who was involved in the local Trump campaign, that’s probably not the best time to bring up how bad President Trump’s ideology is; you’re just not going to win converts that way.”

“Nonetheless,” he continued, “it seems to me that college and graduate school students have to be free to discuss such matters, including in ways that bear on the ideas believed by the other person’s friends and family (and even when prompted by mention of the friends and family), without the fear of administrative discipline for ‘making derogatory comments’ or ‘mak[ing] other graduate students feel terrible for [their] emotional attachments.’”