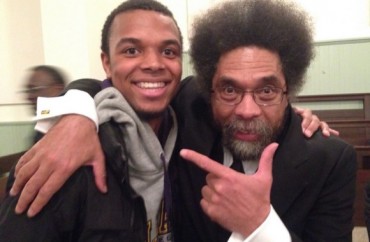 Those are just a few of the names 20-year-old Zach Wood said he has been called by peers this school year as a student at Williams College, an elite New England institution in rural Massachusetts.

But that’s not all. He’s been accused of promoting “violent ideologies” on campus — and dipping his hands in the blood of “black and brown (trans) femme sisters.”

He’s the leader of an unofficial student group called Uncomfortable Learning that seeks to challenge students to think outside the progressive and preppy college’s so-called Purple Bubble by bringing thought-provoking speakers to campus. Nevermind that Wood is a Democrat. Or that he’s planning to vote for Hillary Clinton. Or that his Facebook page is peppered with photos of him engaging with progressive leaders such as Susan Rice, Cornel West and Bernie Sanders.

Wood’s emphatic support of free thought, free speech, and freedom of academic and intellectual inquiry – even to the point that he invites speakers to campus that tout anti-feminist ideals and racially charged arguments – has made him an outsider among left-liberal peers and professors.

“I am to the left, I am a Democrat,” said Wood in an interview with The College Fix. “I just happen to be very open to hearing different ideas. … I have friends who are conservative and I agree with them on some things. I am definitely a moderate liberal.”

For that, the political science and philosophy major has a target on his back.

Wood’s group prompted national controversy last semester after it invited cultural critic Suzanne Venker, author of “The War on Men,” to speak at Williams. The title of her talk was to be “One Step Forward, Ten Steps Back: Why Feminism Fails,” but one of many student complaints over the speech declared:

“When you bring a misogynistic, white supremacist men’s rights activist to campus in the name of ‘dialogue’ and ‘the other side,’ you are not only causing actual mental, social, psychological, and physical harm to students, but you are also—paying—for the continued dispersal of violent ideologies that kill our black and brown (trans) femme sisters. You are giving those who spout violence the money that so desperately needs to be funneled to black and brown (trans) femme communities, to people who are leading the revolution, who are surviving in the streets, who are dying in the streets. Know, you are dipping your hands in their blood, Zach Wood.”

Uncomfortable Learning agreed to rescind Venker’s invitation. But the controversy was not over.

Earlier this week, Williams College president Adam Falk disinvited controversial paleoconservative John Derbyshire from speaking there at the behest of Uncomfortable Learning, with a campus spokeswoman saying the mathematician and author’s arguments cross the line between “free speech and hate speech.”

Derbyshire’s past writings have been accused of open hostility toward African-Americans, including advice to avoid large groups of black people. Some students said bringing him to campus would constitute “literal violence,” Wood said.

“People really over-emphasized a few statements [Derbyshire] made that I myself disagreed with, but the point was to have him here so we could question him and support free speech and intellectual freedom,” Wood said.

The right to debate unpopular ideas

Wood said he is “deeply disappointed” by Falk’s decision.

“We were looking forward to it, there were even students of color on campus who said we think this is an opportunity to challenge [Derbyshire’s] views, question what he thinks, assess how he would present his arguments in 45 minutes,” he said.

Wood, who describes himself as an “intellectual purist,” added that “the life of the mind is something I value very deeply — asking tough questions.”

“There is something fundamentally wrong with the president of a college taking away an opportunity” for that pursuit, Wood said.

Ironically, Wood did not agree with Venker’s take on things, either – but he defended the right to discuss them.

“At Williams, learning (theoretically anyway) begins with confronting challenging ideas. Tens of millions of Americans espouse Venker’s views–and I am not one of them. I am, in fact, of the opinion that her arguments deserve trenchant criticism, but to challenge her intellectually and critique her arguments substantively, we must first understand her views,” Wood wrote in the alternative campus publication the Williams Alternative last fall.

To be fair, many students at Williams have supported what Wood and Uncomfortable Learning has tried to accomplish. Many have not.

The Williams Record campus newspaper editorial board opined last fall: “In general, the College should not allow speech that challenges fundamental human rights and devalues people based on identity markers, like being a woman.”

Separate the head from the heart

“One thing people don’t know about me is, everyday, one of the first things I do when I wake up is I think about the things I have the most conviction for and I consider — am I wrong,” Wood said. “I question these things. It’s standing for intellectual freedom, for academic freedom, freedom of thought, freedom of speech.”

As for close-minded peers, there’s two things at play.

“Especially for some students of color, it truly does hurt them in a deep way,” Wood said of inviting someone many consider a racist to campus. “In the same way of Israel and Palestine, the issue of race for African Americans is sometimes such a sensitive issue.”

“What Williams needs to do a better job of is instructing students of ways in which they can separate the head from the heart and think critically about these pivotal issues,” Wood added. “If it’s just emotional reasoning, you’ll never see the other side. You’ll only look to confirm your own biases.”

“The other type of student is: You are my adversary, you are my political enemy, and I just don’t want you here you. I will do whatever I have to do — dramatize this, self victimize, say whatever I have to say — to ensure you don’t step foot in my home,” Wood said.

In the end, both types do a disservice to higher education.

“I am not saying emotion isn’t a real thing,” Wood said. “But if we’re going to have an intellectual, fruitful conversation, my whole thing is take John Derbyshire to task. Ask him tough questions. Criticize. Figure out what is the evidence. This guy is clearly not stupid … try to figure out how is it someone of his intelligence can think what he thinks and be OK with that.”

“There is value in that,” Wood said.