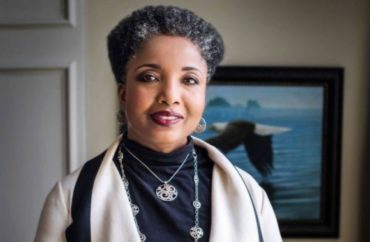 The following is written by Dr. Carol Swain, former political science and law professor at Vanderbilt University. Her essay is adapted from her contribution to the 1776 initiative, which aims to counter the flawed and divisive narrative put forth by The New York Times’ 1619 project.

I reached my formative years before critical race theory and cultural Marxism gained a dominant foothold. Even though I was born and grew up in rural southern poverty during the era of segregation, I was not taught to hate white people or to hate America. Instead, my black teachers stressed our need to work hard and excel. I grew up to be a proud American who never doubted she lived in the greatest country in the world. No one around me encouraged me to see myself as a victim. I never fixated on the fact that I was black, poor, and female. Had I done so, I doubt I would have achieved anything.

The 1619 Project is a misguided effort to keep open historical wounds while telling only half of the story. It is flawed because it is connected to critical race theory and the diversity-inclusion grievance industry that focuses on identity politics and division. Blaming today’s families for the mistakes of our ancestors is not a prescription for unifying the country or empowering racial and ethnic minorities.

Critical race theory is an analytical framework to analyze institutions and culture. Its purpose is to divide the world into white oppressors and non-white victims. Instead of traditional forms of knowledge, it uses personal narratives of marginalized minority “victim” groups (blacks, Hispanics, Asians) as irrefutable “evidence” of the dishonesty of their mostly white heterosexual oppressors. The ultimate goal of this theory’s proponents is to remake society so that the victim class eventually displaces the oppressors and becomes the new ruling class.

Within this framework, white privilege and its unearned benefits are responsible for economic, health care, and social disparities in minority communities. It advances a narrative of blame that declares white America guilty for the plight of blacks. When it comes to education, members of the victim classes do all the teaching. It is a worldview and narrative that commands white people to sit in obedience and listen quietly to the arguments about their unjust gains as well as their obligation to provide a remedy for — in this case, black Americans, whether they are descended from slaves or not.

There is no way out for whites when it comes to race. Critical race theory assumes that racism is permanent and affects every aspect of our society, including political, economic, social and religious institutions. The theory further advances the belief that being born with white skin, in itself, gives unearned privileges. Therefore, any expectation of societal attainment of colorblindness, in which race or ethnicity does not hinder opportunities, is impossible to be achieved. Neutrality in law and decision-making is a pipe dream that can never be attained. Therefore, this mistaken reasoning goes, the oppressive system must be dismantled and destroyed.

This flawed theory suggests that race and ethnicity will always taint and pollute every decision, and, as a result, racial minorities will consistently lose out to whites because of structural racism. The message is clear: If you are unfortunate enough to be born with black skin, you are forever a second-class citizen who pays a race penalty. Under this rationale, the most affluent blacks rank below the poorest whites when it comes to privilege and opportunities. We are asked to believe that more than 50 years of affirmative action programs and race consciousness have done nothing to change the trajectory or opportunities of people born without white skin. Critical race theory says every dysfunctional condition in black, urban communities can be traced to slavery and its aftermath. There is no place for the individual-choice initiative.

What critical race theory actually “accomplishes” is to create anger, frustration, and despondency among persons in the victim categories who internalize the destructive message.

Universities and colleges have created a cottage industry of people who profit from indoctrinating America’s future leaders with a dangerous and destructive ideology. These future leaders then spread this diseased ideology, like a virus without an antidote, into corporate boardrooms as well as K-12 public and private schools, both Christian and non-Christian.

Education is now about white privilege indoctrination. According to the narrative, all white Americans are guilty oppressors who have benefitted from their white skin even if their parents are, say, Appalachian poor or high school dropouts working at the local big-box franchise store (if employed at all). Once the oppressor label is applied, accepted, and internalized, a deadly silencing ensues. In some cases, animated videos with messages of white guilt and oppression shown to middle and high school students create damaging images where whites are taught guilt and minorities are assigned permanent and debilitating victimhood.

We can do better. Within Christian communities, there is a basis for countering destructive narratives that have invaded our educational institutions and the corporate world. The solution for hatred, bitterness, and distrust can be found in New Testament principles. Rather than wallow in the past and revisionists’ efforts to build a case for reparations, we, as Americans, need to move forward while practicing the forgiveness and love of neighbor that Jesus espoused.

We need not look any further than the “golden rule” (do unto others as you would have them do unto you) to find the tools that enable us to transcend racial and ethnic conflicts that keep us from working together and celebrating our victories. Our present approach cripples members of the designated victim groups while creating new victims among those classified as oppressors.

Read the entire essay here. To learn more about the 1776 initiative, click here.