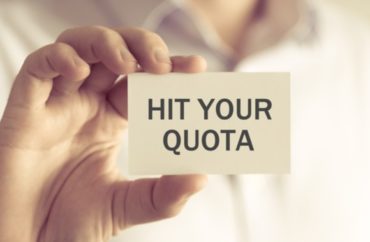 It turns out black student activists at Pitzer College are just as bold as its faculty, who tried to ax its study-abroad program with Israel in the name of the boycott, divestment and sanctions movement.

The Black Student Union published an “address” Monday that it framed as “a coherent list of ways” the Claremont Consortium member can help black students succeed. While it claims “this is not a list of demands,” the address insists on “immediate change.”

The most sweeping request may be imposing race quotas in admissions starting with next year’s cycle:

Without calling for an explicit quota, the BSU called on Pitzer to hire “at least one Black faculty member” by next fall – specifically an unnamed person they already have in mind who is “certified to teach in Sociology, Political Science, and History.” The college should undertake a comprehensive review of faculty hiring to ensure that “field groups” (analogous to departments) “are both gender-inclusive and racially diverse.”

The address cited 10 field groups without any black faculty advisors, including gender and feminist studies, philosophy and religious studies. The list also asks for more black administrators in the admissions and student affairs offices, the former of which currently has none.

The college must shell out more specifically for black students’ financial aid, the BSU requests. It said the college expects students to take out “an increasing amount of loans every year,” which is racist:

Black students at Pitzer already show that they are invested in their education as they take on the emotional burden that comes with being a Black student on a predominately white campus. The financial aid policy undermines our ability to remain at Pitzer and graduate on time. Black students have had to crowdsource for tuition in the past …

MORE: UW-Madison may remove historic boulder because it offends BSU

Stop the harmful policy of increasing loans for Black Pitzer students. Instead, offer more grants and scholarships to decrease the loan amounts.

The BSU wants a “racial equity” module added to the orientation programs for transfer and first-year students, in which a speaker discusses implicit bias with students. Pitzer should take its educational approach to “sexual-assault prevention” and apply it to preventing “racism and microaggressions,” the list says.

The most confusing suggestion may be for mental health resources to deal with the “mental strain” of being in a predominantly white environment.

Not only does the BSU want black social workers, specifically those who can help black students “with intersecting identities” such as transgender and nonbinary, but these workers would “serve as a bridge to hold accountable racial violence incidence on campus.” The BSU wants “more communication of accountability when racial incidents occur and checking implicit biases of those involved” and “[c]hecking specific incidents that affected predominantly Black students on campus as racial incidents.”

The list flatly states that campus security has a practice of “racial profiling,” and it implies that the college imposes “immediate punitive actions on Black students on incidents involving mental health,” apparently meaning that campus security responds to mental-health incidents. (The BSU appears to use the term “violence” loosely, not limited to physical incidents.)

The address asked President Melvin Oliver, who overruled faculty on ending study-abroad in Israel, to answer their list by Sept. 28.

Attached to the end: a similar list of explicitly labeled “demands” that the Claremont Colleges Black Student Union made in the 1968-1969 academic year. Pitzer BSU said its list is “almost identical to theirs,” which shows the consortium colleges “have failed their students with lack of sustainable policies in regard to admission and recruitment.”

Indeed, the admissions quota system is in the 52-year-old list. That demand, however, seeks proportional representation for “black students, Mexican-Americans, American Indians” and other minorities. “Mexican-American” has since been subsumed into the ungrammatical category “Latinx” – a term used by few Latinos – and “American Indians” are generally referred to as “indigenous” in college parlance.

The Claremont Independent notes that the BSU also posted a petition that accuses anyone who doesn’t sign it of violating “the core values of our Pitzer Community.”