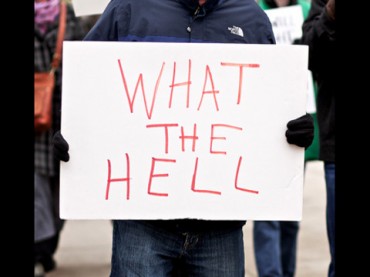 No, this isn’t from The Onion: Dr. Ben Pitcher, a lecturer at the University of Westminster, claims that the (British) radio show “Gardeners’ Question Time” is peddling … racial stereotypes.

Dr. Pitcher said the “crisis in white identity in multicultural Britain” meant people felt unable to express their views for fear of being called racist, so expressed their racial identity in other ways, such as talking about gardening.

“I remember back in the late 80s-early 90s when rhododendrons were seen as this huge problem, and people were talking about going out rhododendron-bashing.

“That was at a time when Paki-bashing was something that was all too prevalent on our streets.”

Gosh, who would have thought?