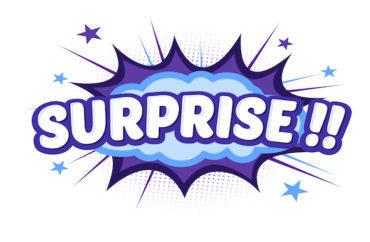 He cites the UK lockdown that began 48 hours ago

One of the authors of the Imperial College London paper which galvanized the world into essentially shutting down to stop the spread of coronavirus is now declaring that the disease may not end up having anywhere near the impact he and his colleagues initially anticipated, claiming that both “the properties of the virus” and the British government’s reaction to it have slashed the number of projected deaths there by nearly 100 percent.

Neil Ferguson is one of the professors who helped write Imperial College’s shockingly dire epidemiological model that predicted as many as 2.2 million deaths in the United States and up to half a million deaths in the UK depending on the measures enacted by officials in those countries. That report has caused governments worldwide from the United States to Europe to India to go into near-total lockdowns, issuing stay-at-home orders, bringing economies to a grinding halt and imposing open-ended “shelter-in-place” directives that have included bans on more than two people gathering in one place and criminal sanctions for businesses who remain open.

The estimates relied on the assertion that widespread infection would lead to significant numbers of the infected overwhelming hospitals, crashing healthcare systems and leading to rationed healthcare and rolling waves of COVID-19-induced death.

This week, however, Ferguson offered a major reassessment for those dire numbers, claiming that the United Kingdom “will be within capacity” to manage the outbreak of the virus there.

The professor told the UK parliament’s select committee on science and technology yesterday that “expected increases in National Health Service capacity and ongoing restrictions to people’s movements” will likely mean only 20,000 coronavirus deaths in the UK rather than 500,000, according to New Scientist. That represents a 96 percent decrease from the original predictions. Ferguson said the death toll could even be “much lower” than 20,000.

The new estimates “are based on computer simulations of the virus spreading, which take into account the properties of the virus, the reduced transmission between people asked to stay at home and the capacity of hospitals, particularly intensive care units,” the outlet reported.

Ferguson’s citing the UK’s lockdown as having had an effect on the infection rate is suspect in light of other expert opinion. The nationwide lockdown only went in place two days ago and scientists are thus unlikely to know its effects for some time. White House Coronavirus Task Force Response Coordinator Dr. Deborah Birx said yesterday that coronavirus hospitalization rates “are a reflection of what happened one to two weeks ago” rather than of policies that were just recently put into place.

The British scientist also walked back the gargantuan lockdown scenario the researchers had initially floated:

Ferguson said the current strategy was intended to keep transmission of the virus at low levels until a vaccine was available. Experts say that could take 12 to 18 months and Ferguson acknowledged it was impractical to keep the UK in lockdown for so long, especially because of the impact on the economy. “We’ll be paying for this year for decades to come,” he said.

The worldwide adoption of the Imperial College model has come under increasing criticism in recent days, with multiple professors and scientists arguing its doomsday predictions have been far too pessimistic and that the estimated COVID-19 mortality rate may be “orders of magnitude too high.”

Researchers out of Oxford, meanwhile, this week estimated that the disease may in fact be far more prevalent than was initially thought, and that millions of UK residents may have already experienced a mild version of it, rendering them immune to it.