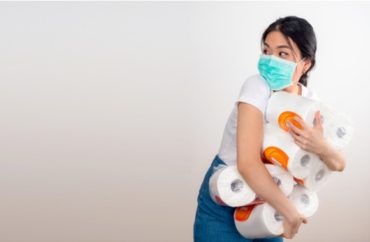 Your elected leaders are probably taking the worst approach

As the mainstream media try to terrify us into accepting indefinite restrictions on our business, worship and freedom of movement to stop a pathogen from China, something even weirder is happening:

The New York Times is publishing columns urging the public not to panic about the novel coronavirus.

In fact, public health experts from Stanford, Yale and Virginia Commonwealth University are warning their comfortable, white-collar teleworking readers that the near-total shutdown of the economy will make life much worse for everyone, especially less privileged Americans.

They are echoing Stanford epidemiologist John Ioannidis (below), a specialist in disease prevention and health research with appointments in the university’s medical school and statistics department. Last week he warned that “locking down the world” to stop COVID-19 may be the equivalent of an elephant jumping off a cliff to avoid “a house cat.” 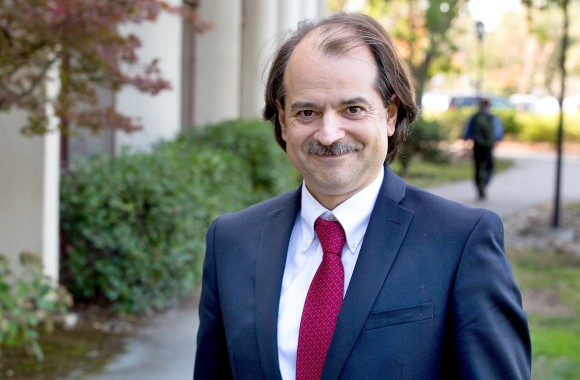 David Katz, founding director of the Yale-Griffin Prevention Research Center, writes in the Times that America faces disaster if it doesn’t soon pivot from “open war” on the coronavirus to a “surgical strike.” He even compares America’s response to that of Italy – perhaps the worst insult possible to elected leaders nationwide.

With a vaccine at least a year away, policymakers need to focus on quickly building “herd immunity” in the relatively healthy population while isolating higher-risk groups:

The data from South Korea, where tracking the coronavirus has been by far the best to date, indicate that as much as 99 percent of active cases in the general population are “mild” and do not require specific medical treatment. The small percentage of cases that do require such services are highly concentrated among those age 60 and older, and further so the older people are. …

These conclusions are corroborated by the data from Wuhan, China, which show a higher death rate, but an almost identical distribution.

American deaths from COVID-19 are “entirely aligned with the data from other countries … mainly clustered among the elderly, those with significant chronic illnesses such as diabetes and heart disease, and those in both groups.” This is categorically different from influenza, writes Katz (below), also president of the True Health Initiative, a nonprofit that promotes preventable-disease practices.

If we don’t target “the medically frail” and people over 60 while letting others get back to normal life, “I am deeply concerned that the social, economic and public health consequences” could be “graver than the direct toll of the virus itself.”

MORE: Stanford epidemiologist warns crackdown is based on bad data

Worse, I fear our efforts will do little to contain the virus, because we have a resource-constrained, fragmented, perennially underfunded public health system. Distributing such limited resources so widely, so shallowly and so haphazardly is a formula for failure. How certain are you of the best ways to protect your most vulnerable loved ones? How readily can you get tested?

The “horizontal interdiction” and “flattening the curve” approach favored by elected leaders – quarantine everyone at home with relatives of varying risk levels – does not help those who are most vulnerable, and it will definitely cause “economic collapse,” he says:

If we succeed in slowing the spread of coronavirus from torrent to trickle, then when does the society-wide disruption end? When will it be safe for healthy children and younger teachers to return to school, much less older teachers and teachers with chronic illnesses? When will it be safe for the work force to repopulate the workplace, given that some are in the at-risk group for severe infection?

Are you ‘symptomatic’? Self-isolate. If not, go back to work and school.

Times columnist Tom Friedman endorsed the surgical approach of Ioannidis, Katz and other public health experts. He warns against the “group think” gripping America, which is willing to “shut down for months to try to save everyone everywhere from this virus — no matter their risk profile — and kill many people by other means.”

Judging by his inbox, “a thoughtful backlash is brewing to the strategy the country has stumbled into,” he writes, quoting at length from Steven Woolf (below), director emeritus of VCU’s Center on Society and Health:

Society’s response to Covid-19, such as closing businesses and locking down communities, may be necessary to curb community spread but could harm health in other ways, costing lives. … Lost wages and job layoffs are leaving many workers without health insurance and forcing many families to forego health care and medications to pay for food, housing, and other basic needs. People of color and the poor, who have suffered for generations with higher death rates, will be hurt the most and probably helped the least. They are the housekeepers in the closed hotels and the families without options when public transit closes. Low-income workers who manage to save the money for groceries and reach the store may find empty shelves, left behind by panic shoppers with the resources for hoarding.

Katz laid out his preferred pivot for Friedman: “a two-week isolation strategy,” which is generally sufficient for showing COVID-19 symptoms, followed by “minimization of severe cases” by carefully screened health professionals.

And yes, contrary to the ignorant wailing about asymptomic spreaders, symptoms matter:

“Those who have symptomatic infection should then self-isolate — with or without testing, which is exactly what we do with the flu,’’ Katz said. “Those who don’t, if in the low-risk population, should be allowed to return to work or school, after the two weeks end.” …

“We are not counting on zero spread after the two weeks; we cannot achieve zero spread under any scenario. We are counting on minimization of severe cases by sheltering the most vulnerable from spread whether by those with, or those without, symptoms.”

Yet another expert, Stanford biophysicist and Nobel laureate in chemistry Michael Levitt, says we are jumping wildly ahead of the data on the likely coronavirus death toll.  “What we need is to control the panic,” he says in a Los Angeles Times feature.

Weeks ahead of time he predicted the Chinese infection and mortality rates to an eerily accurate degree – just five off from the deaths as of March 16. (This is assuming, of course, China is providing correct figures.)

Just as the rate has slowed in China, Levitt sees “similar turning points in other nations, even ones that did not instill the draconian isolation measures that China did,” the Times reports (emphasis mine).

He also explains a factor in Italy’s unusually high death rate: It has a “strong anti-vaccine movement,” which means hospitals are crushed under both flu and COVID-19 epidemics. (Which Golden State does that remind you of?)

Rather than aggregating all cases from the start – the reckless approach taken by many media outlets – the Nobel laureate (left) looks at newly reported cases each day compared to the last. The Diamond Princess cruise ship quarantine also helped him estimate that your chances of dying in two months double if you’re exposed to the virus.

Here’s the asterisk for scientifically illiterate reporters who may want to run with this isolated stat: “Most people have an extremely low risk of death in a two-month period, so that risk remains extremely low even when doubled.”

Lest you think I’m being hard on my fellow journalists, so is Levitt!

[H]e also blames the media for causing unnecessary panic by focusing on the relentless increase in the cumulative number of cases and spotlighting celebrities who contract the virus. By contrast, the flu has sickened 36 million Americans since September and killed an estimated 22,000, according to the CDC, but those deaths are largely unreported.

If you have friends, family and coworkers freaking out about the coronavirus, point them toward these experts. And flood your elected leaders’ inboxes and voicemails with these analyses. It could literally save lives and your local economy.