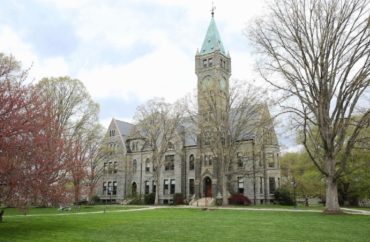 Bryn Mawr College officials recently closed an investigation into two incidents of “racist graffiti” found at the end of January and in early February.

The Pennsylvania women’s college hired an outside attorney to investigate the graffiti. The school’s original message and May 10 update does not provide specific details on what the slurs were.

After a comprehensive evaluation of all known and available information, including keycard records, text and social media messages, Campus Safety records, scene photographs, handwriting exemplars, and interviews with 22 individuals (several of whom were interviewed multiple times), Ms. Holland [the investigator] was unfortunately unable to definitively identify who committed the acts.

Based on the similarities in conduct, location, and timing of the two incidents, and after consulting with an expert in handwriting analysis, she believes that the two defacements were committed by the same person.

Bryn Mawr leaders are committed to using these incidents to further “build expertise and capacity to promote learning about racism, anti-blackness; to support BIPOC students.”

The college will “facilitate healing for individuals and our community.”

Students will be required to learn more about racial issues through “the new requirement for undergraduates to complete a course exploring Power, Inequity, and Justice.”

“Hate speech does not belong at Bryn Mawr College,” the school stated. “We had hoped that that the individual responsible would come forward, in keeping with the tenets of the Honor Code, or that Ms. Holland would have been able to gather sufficient evidence to identify the individual.”

The inability to identify the culprit “does not weaken [their] resolve” to stand and support each other, university leadership stated.