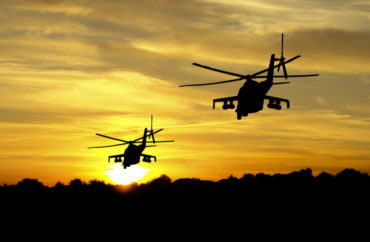 Ruth Wisse, a professor emerita at Harvard University, has penned an op-ed for The Wall Street Journal that argues the Ivy League institution’s “40-year ROTC ban sent a deeper message: that American civilization isn’t worth defending.”

Citing the Duke of Wellington’s remark that “the battle of Waterloo was won on the playing fields of Eton,” Wisse argues the presence of ROTC inculcates “respect for military service.”

“The qualities developed in those British schoolboys produced the soldiering that defeated Napoleon’s forces. Since armies are typically made up of young people who go straight from school to the battlefield, the traits and habits necessary for winning wars must be already ingrained in those we expect to fight them. Afghanistan was lost in the halls of Harvard,” Wisse wrote.

ROTC’s absence from Harvard taught its students that they “are too good for military service. Leave national defense to the farm boys and those who don’t make it to an elite college. Forty years of such scorn for the military will bring low any democracy.”

“ROTC is back on Harvard’s campus now. But more than mere acceptance is needed. Students must be offered an education that demonstrates the exceptional merits of their country and civilization, and gives them the intellectual tools to defend it,” Wisse wrote.

Read the full column at The Wall Street Journal.