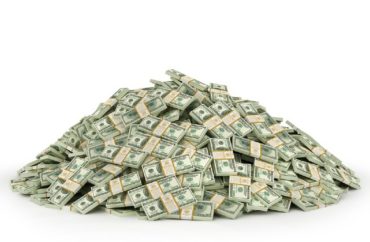 In March 2020, Congress passed the $2.2 trillion CARES Act, which was meant to alleviate the effects of the pandemic on governments, individuals, and businesses. The bill included $16.2 billion for primary and secondary education to help schools reopen, deal with mental anguish for students, and to retain teacher jobs.

But as Kenny Xu lays out in the Wall Street Journal, California has been using millions of dollars of their federal funds to implement a new ethnic studies curriculum:

High-school students in California could soon be required to take at least one semester of something called “ethnic studies” to graduate. The California Senate Education Committee holds hearings this week on Assembly Bill 101, which passed the lower house 58-9 in May. If A.B. 101 becomes law, it will line the pockets of a waiting diversity industry with hundreds of millions of dollars of taxpayer funds, as well as federal coronavirus relief money.

As Xu notes, these funds won’t actually go to fulfill the uses put forth in the legislation itself. Instead, states are using a suggestion in the bill that school districts use the funds to “advance equity” given the “disproportionate impact of the COVID-19 pandemic on communities of color:”

The 11-member state Board of Education voted unanimously in March to adopt the model curriculum. In June the Hayward Unified School District became the first in the state to adopt the curriculum officially, promising in a press release that it “will be informed by and include Critical Race Theory.” San Diego Unified School District is expected to approve a similar plan later this summer.

Rather than helping schools open, the billions in aid will instead be funneled to teacher-friendly organizations that helped craft an anti-Semitic plan that was eventually watered down. Calling the new curriculum “fundamentally racist and anti-American,” Xu notes:

The new ethnic studies curriculum requires significant amounts of money to implement. Hayward is a relatively small district, but its plan for implementing ethnic studies next year will require $40 million to cover recruiting, training and materials. Further, several of the authors of the original, anti-Semitic ESMC created a for-profit consulting firm called the Liberated Ethnic Studies Model Curriculum Institute, or LESMC. The Salinas Union High School District recently hired the LESMC-affiliated consultant R. Tolteka Cuauhtin to provide professional development (at the rate of $1,500 an hour) for teachers to help implement ethnic studies as a graduation requirement. The California Teachers Association, the largest teachers union in the state, has praised the “positive benefits” of ethnic studies and urges educators to teach the curriculum with “a strength-based mindset.”