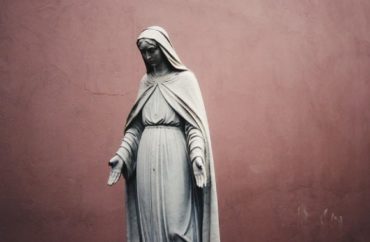 A Catholic and pro-life activist said that Catholic universities must uphold all aspects of the faith.

[I]t is essential that colleges that use their “Catholicism” as a recruiting tool to attract graduating high-school seniors and their families live out their faith and accept the challenges of not only educating students for their future career paths, but also of instructing them in the beliefs the Church holds, preserves, and spreads. Nowhere is this more important than on the issue of abortion and a faith-based approach to fertility.

Barklage is the National Field Director for Students for Life of America and lives in Missouri. Her essay included commentary on a story from The College Fix about Saint Louis University’s endorsement of a student health plan that paid for abortion and sterilization. It would not pay for ovulation predictor kits, however, which help couples know the best time to try to conceive a baby.

It recently emerged that the ostensibly Catholic institution is  covering sterilization and birth control in its student health plan.  So, while proudly proclaiming  its Catholic identity, SLU  is  simultaneously  covering harmful  hormonal birth-control drugs  that  can act as abortifacients. Drugs such as birth-control pills, IUDs, morning-after pills,  and  Ella  may  thin  the uterine lining to prevent a pregnancy from coming to term. This uterine-thinning prevents implantation of  the newly formed zygote, and thus ends a human life.

“Women deserve better than drugs that  prevent their bodies from  functioning the way they were designed to,” Barklage said. “If any institution should be protecting women and preborn children — or, at least, refusing to be complicit in harming them — it should be a university that identifies as Catholic.”