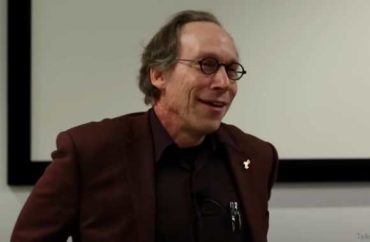 The top theoretical physicist Lawrence Krauss wrote an op-ed in the Wall Street Journal on the encroachment of diversity, equity and inclusion objectives into hard scientific research.

Starting this fiscal year, which began on October 1, all proposals submitted to the Office of Science must include a “PIER plan.” PIER stands for Promoting Inclusive and Equitable Research. The plan must “describe the activities and strategies of the applicant to promote equity and inclusion as an intrinsic element in advancing scientific evidence.”

“When I read this new requirement, I went back to the last grant proposal from our group—which involved exploring gravitational waves, the early universe, Higgs boson physics, neutrino cosmology, dark-matter detection, supersymmetry and black-hole physics,” Krauss (pictured)wrote. “What does any of this have to do with diversity and inclusion? Nothing.”

He continued to describe how scientists will be stymied by these efforts and offer bad-faith responses:

Scientists will respond to these new demands with boilerplate to the effect that they will make every effort to seek graduate and postdoctoral students from minority communities and encourage new outreach programs. This is lip service at best; it doesn’t address true societal issues of inequity. People qualified to work in these esoteric areas have all gone to good graduate schools and carried out credible research projects. They may be minorities, but they haven’t been marginalized. They are thus not appropriate targets for what should be useful societal diversity initiatives.

The extensive DEI bureaucracy at universities has already worked for decades to ensure that no STEM job announcements or hiring can be done without constant supervision to ensure that women and minorities are recruited. But given the strong wording of the new guidelines, existing programs may not be enough. This is worrisome, as university DEI boards have shown a willingness to torpedo job applications whose DEI component is insufficiently extensive or effusive. The new Energy Department review committees probably won’t behave differently.

Are we at a point where the heart of the nation’s scientific research enterprise is to be held hostage to ideology? Will the U.S. government refuse to fund major national-laboratory initiatives to explore forefront fundamental and applied science because scientists show insufficient zeal for fashionable causes?

Besides skewing scientific priorities, this represents an inappropriate skewing of national priorities.

“All these new burdens will diminish the integrity and strength of the scientific enterprise in the U.S.,” Krauss concluded.