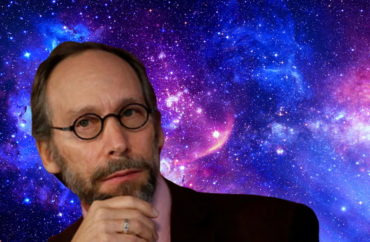 Lawrence Krauss is currently the world’s most preeminent theoretical physicist who spends his time answering some of the most difficult questions humanity faces in the universe.

Yet there’s one topic even Krauss, author of the New York Times best-selling book “A Universe from Nothing,” is confounded by — his peers’ prostration to the diversity, equity and inclusion ideology.

It’s not helping science, he said, and in fact it’s hurting it.

“I have written many articles about the absolutely ludicrous ways in which DEI is … enforcing ridiculous notions about both keeping people out of physics who should be in, and trying to interfere with meritocracy and interfere [with] and take over the appointment process so that merit isn’t the crucial factor,” Krauss said in his recent Zoom interview with The College Fix.

In an environment where criticizing DEI or expressing support for free speech or merit can lead to public backlash, Krauss said he can see how his colleagues who agree with him might want to keep their mouths shut, “because the reaction is so vicious.”

“People get attacked,” he said. “Colleagues have written to me about being personally and viciously attacked just for asking for a discussion. It’s terrifying and unfortunate and, of course, awful for the field.”

But Krauss is not one to stay silent about the problem.

Having spent much of his lengthy career both in academia and science communication, working to educate young physicists and more broadly promote the public understanding of science, he is no stranger to heated debates over controversial topics like evolution or climate change. 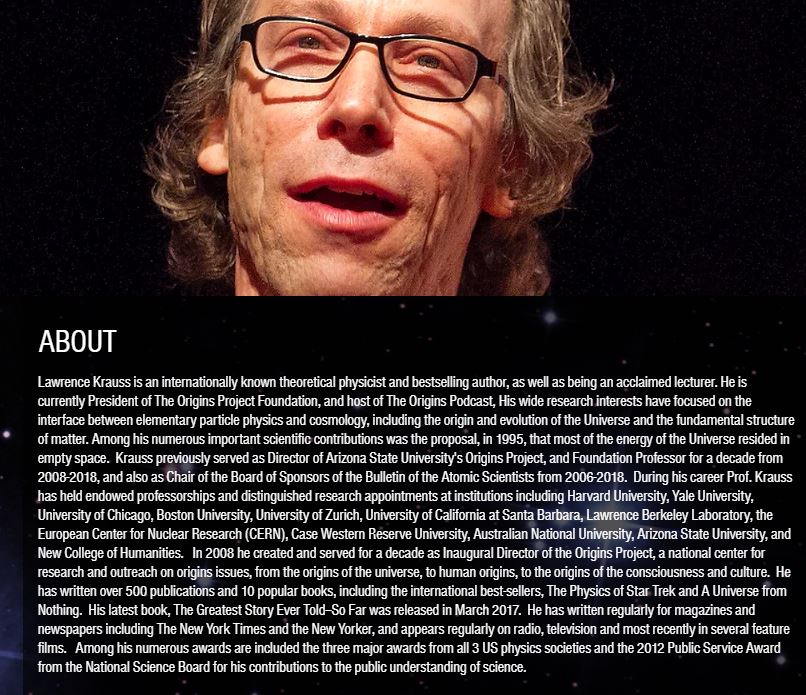 Such discussions can be intense, with participants mocking one another’s ideas, he said. However, he said, the personal attacks and cancel culture campaigns that scholars experience for criticizing DEI, or the requirements that tenure-track professors pledge fealty to DEI, is essentially anti-science, because it stymies focus and discovery in the STEM fields.

“Why would [you] expect a young string theorist or a mathematician or someone who’s doing extremely abstract work to be able to write to say how their work has helped actively encourage diversity and equity,” Krauss said. “These people are working on abstract things. They’re post-docs or graduate students. How could they have any experience or relevant experience to do that?”

“They’re not the people who should be solving these problems,” Krauss added. “There are serious problems in our society that need to be solved, but not solved by post-docs or young assistant professors who are just coming in. That’s not the right place.”

A more logical means to tackle some of the societal problems would be working at the level of K-12 education “to encourage better education for everyone,” he said.

Yet in today’s culture, even staying silent about DEI can be dangerous for young scientists trying to make their way up in the field, he said.

“I’m not the first person to say this, but it’s very similar to the communist scare in the 1950s, McCarthyism, where if you didn’t speak out, you were suspect,” Krauss said.

“There’s incredible peer-pressure because if you don’t virtue signal, then you become ostracized by others who are saying, ‘Oh, what’s wrong with you?’ So people have to not only just buy in, they have to buy in with great enthusiasm, otherwise they themselves are subject to ostracism,” he said.

Krauss argued the real problem is “university leaders and scientific leaders who should know better.”

“But they themselves jump on this bandwagon and claim their fields are racist or sexist.”

In Krauss’ view, such claims are ridiculous: “There’s no evidence, and as scientists, you should be looking for evidence.”

The newest #CriticalMass post includes a guest piece by Bo Winegard about the new Nature magazine editorial policy that relies on political correctness to censor articles. A continuing slide away from free and open inquiry in science publishing.https://t.co/NdDMMODHQR

Krauss said he was initially sympathetic to some of the notions within the diversity, equity and inclusion framework. When he was chair of a physics department in the early 1990s, it “first popped up on my radar before I had any inkling that it might be a negative thing.”

The rule back then was if the department hired anyone other than a woman or a minority, “we had to write a special letter explaining why that appointment was being made,” he said.

“At the time, I was quite supportive of it, because there were no women in our physics department. [But] the rules were, already back then, kind of arbitrary,” Krauss said.

Krauss cited one anecdote of an exceptional black physicist who didn’t make the cut because he was from either Bermuda or the Bahamas.

“Therefore, he wasn’t African American, even though he was black. So, it already hit me, it was a little arbitrary,” Krauss said. “But, it came on my radar much later how badly it was affecting academia.”

“I began to see the abuses,” he said. “I heard from friends and saw what was going on.”

This important book contains essays by an international group of academics describing unfortunate DEI threats to academic freedom as manifested in various forms around the world. It is being released Sept 6. https://t.co/PpCXawR3ZD

In the current academic climate, Krauss said, “Most faculty try and keep their heads down and do their own work. They’re not really thinking about these [DEI] issues…Most people are supportive of the words diversity and inclusion. Equity, I don’t think people understand…I think most faculty don’t think deeply enough about it. And, as long as they can stay under the radar, they don’t worry about it.”

Until the mob comes for them.

“You have people being censored,” Krauss said when asked for his thoughts on a list of recent examples of cancellations or attempted cancellations within his field, including those pertaining to Alessandro Strumia, who was suspended from CERN in 2018 for questioning whether physics was sexist against women, and the Webb telescope, which activists attacked for being named after former NASA administrator James Webb despite his alleged involvement in the Lavender Scare.

When asked about a recent incident in which faculty members from the physics department at Case Western Reserve University, a department Krauss chaired from 1993 to 2005, publicly attacked alumnus Yi Zen Chu for questioning the department’s embrace of DEI ideology, Krauss called it disappointing but unsurprising.

But, Krauss pointed out it is important to remember censorship, cancellation and public attacks are not the only problems DEI is causing in physics.

“You also have all these programs only for which white males are not allowed,” he said, calling them exclusionary. He also said some subfields of physics tend to be harder hit by woke-ideology than others.

Astrobiology seems to be “particularly woke,” he said.

To illustrate his point, Krauss cited how people in that field seriously say discussions regarding “the search for extraterrestrial intelligence shouldn’t use the word intelligence because it’s white supremacist.”