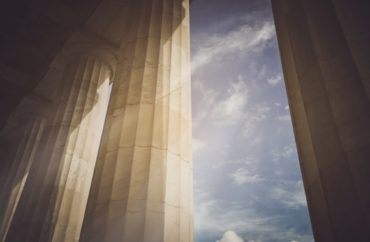 Two prominent critics of the progressive ideology that has taken hold of higher education have written an outline on how state lawmakers can rein it in.

An op-ed published Tuesday in The Wall Street Journal by Ilya Shapiro and Christopher Rufo spelled out some practical steps legislators can enact to make substantial reforms at public colleges and universities, which should ultimately answer to the taxpayers and the people.

A “substantial majority of college students attend public institutions, and these schools are subject to state law. If legislators are determined to restore free speech and academic freedom, there’s a lot they can do,” Shapiro and Rufo wrote.

Abolish “diversity, equity and inclusion” bureaucracies.
Forbid mandatory diversity training for students, faculty and staff.
Curtail the use of “diversity statements” as a means of political coercion.
End racial and other identity-based preferences.

“These straightforward reforms would go far in pushing back on some of the negative trends that have afflicted higher education—without intruding on curricula or other aspects of academic life,” the two scholars wrote. “They would free faculty and students alike to explore intellectual ideas without fearing the thought police.”

Read the entire piece in The Wall Street Journal.